Here is why Manafort handing Trump's internal polling data to the Russians 'makes the case' for collusion: Clinton official 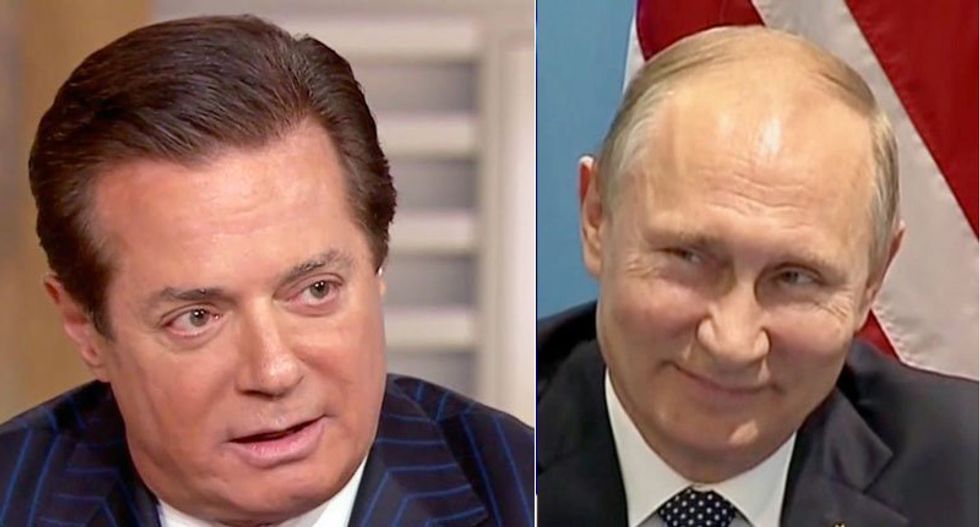 Responding to protestations from Rudy Giuliani, Donald Trump's legal adviser, that internal 2016 Trump campaign polling data handed off to the Russians by the president's former campaign manager was of negligible value, ex-Clinton White House spokesman Joe Lockhart told the hosts of CNN's "New Day" that not only was the former New York City mayor wrong, it is the key to proving collusion.

During a panel discussion on Giuliani's extraordinary meltdown and confession on CNN that there might have been collusion between the Trump 2016 campaign and the Russians, the topic turned to campaign chairman Paul Manafort.

According to Giuliani, the revelation from special counsel Robert Mueller's investigation that Manafort shared the campaign's internal polling data with the Russians was no big deal, Lockhart said it was quite the opposite.

"Rudy Giuliani's number one job is to confuse people," Lockhart told CNN hosts John Berman and Alisyn Camerota. "He wants everyone to just think this is an entire mess, no one can quite figure it out, and to walk away."

"The second thing he's done here, though, you've seen him to do it a couple times, it's textbook communications. which is if you know something bad's coming you can distance the ground for it so when people hear it they can say I've heard about that, it's not too bad. On that last point, you know, Giuliani is confusing -- or is trying to confuse people on the polling and minimize it," he continued.

Lockhart then explained the importance of internal polling.

"The internal polling is very different than what you see on CNN or what you see, what you read in the newspaper," he told the CNN hosts. "It tells you where to spend your money. it tells you what to target, who, and with what message."

"That's what the Russians wanted to know," host Camerota interjected.

"It is the single most valuable data that any campaign can have," he replied. "It is protected, and very few people in the campaign see it. And the fact that the Russians had it kinda makes the case."