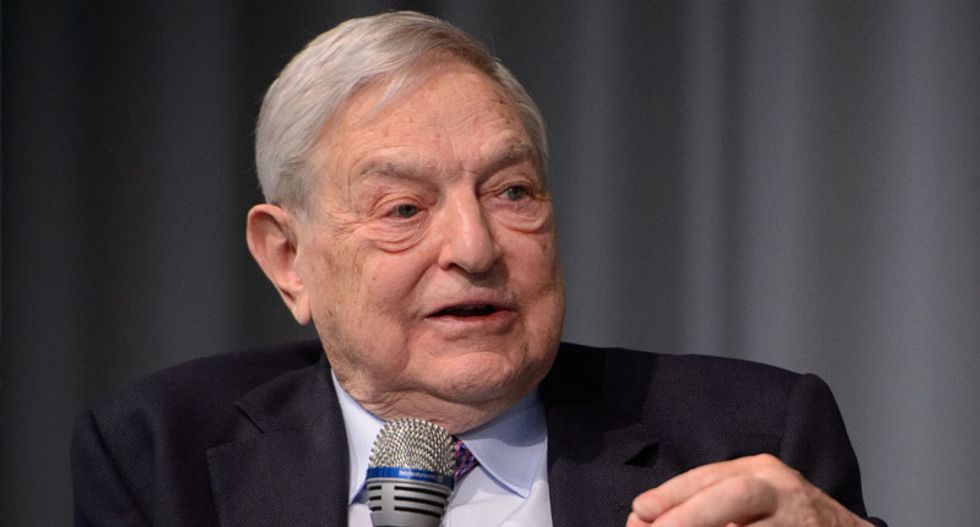 Goldy now protests in the streets and rants on American extremist Alex Jones’s TV show. Southern, along with the conservative media, is crying censorship on the YouTube release of her documentary this week — likely to create publicity.

These Canadian women are part of a new generation of extremists who use YouTube, Facebook and Twitter, as well as the documentary film format, to make white nationalism look attractive and spread conspiracy theories.

One of the more destructive conspiracy theories circulating globally paints Hungarian-American philanthropist, former currency speculator and hedge fund manager George Soros as the puppet master of a vast left-wing and globalist elite. This paranoid populism spreads lies about “white genocide” and Soros as a left-wing globalist running the world.

These attacks are thinly coded anti-Semitic propaganda. After the Second World War this rhetoric was mostly driven to the margins, but now has been moved dangerously close to the centre in political debates. Soros, who is Jewish, is being blamed for all sorts of evils by right-wing politicians in the United States, Hungary and Poland.

How did conspiracy theories about Soros travel from the margins to the mainstream? Why is he being targeted? What can Canadians learn from other countries dealing with Soros-phobia?

The use of social media in Poland by marginalized young adults shows what can happen when a tech-savvy economically desperate generation is lured by fear-mongering.

In Poland, these Soros conspiracy theories have been kept alive by fringe media outlets and this generation’s equally marginalized grandparents and parents. They were successfully exploited by opportunistic politicians running against the European Union’s agenda to accept refugees and Soros during the 2015 parliamentary elections.

We see a similar dynamic in Canada with photogenic, media savvy and ideologically far right-wing activists, like Goldy and Southern.

Soros conspiracy theories are now central to the global far-right.

Donald Trump and his Republican base blame Soros for funding Black Lives Matter protests, the attacks on the nomination of now Supreme Court Justice Brent Kavanaugh, the arrival of Central American refugees in the U.S. and even the Mueller investigation.

The far-right nationalist government of Viktor Orbán in Hungary has run countywide anti-Soros campaigns with posters of his picture that echo the “laughing Jew” Nazi trope. The campaign blames him for the refugee crisis in Hungary. Orbán’s government has pushed the Soros-founded Central European University out of Budapest. The university’s chancellor, Canadian Michael Ignatieff, has argued that Orbán is a threat to academic freedom and university autonomy in Europe. 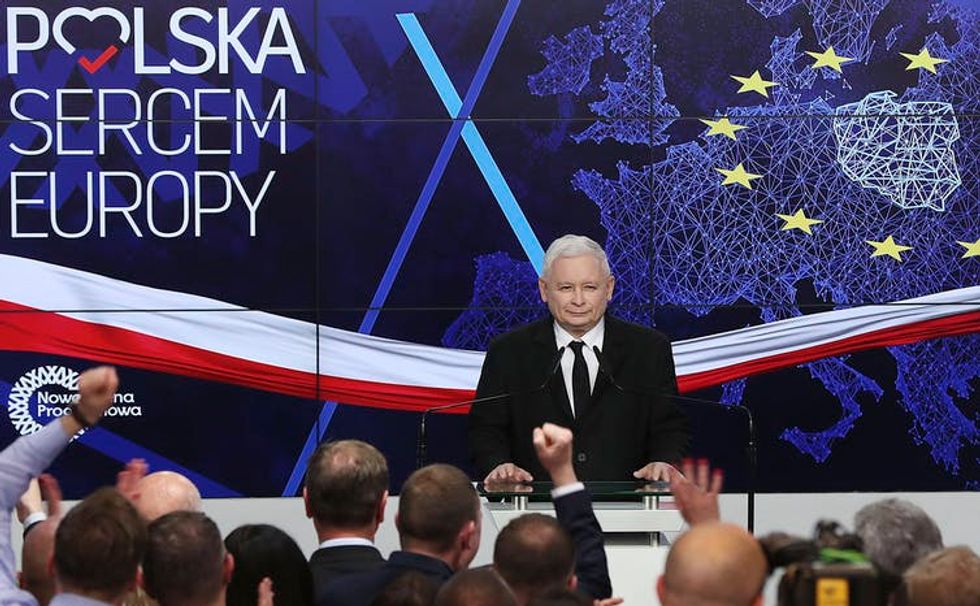 Jaroslaw Kaczynski, leader of Poland’s ruling right-wing party, gives a speech after announcing the first results of the European Parliament election, May 26, 2019. The poster on the wall reads ‘Poland heart of Europe.’

In Poland in 2016, the leader of the ruling party, Jarosław Kaczyński, held Soros and the European Union responsible for promoting multiculturalism, supporting expand=1] refugees and undermining the nation-state.

Poles certainly have a right to question Soros’s involvement in the “shock therapy” of the 1990s during the country’s transition to democracy and capitalism. Depending on the source, Soros was either directly or indirectly involved in designing economic reforms for Poland that led to both economic growth and wealth for some

and dire economic consequences for millions of Poles, pushing younger generations to emigrate.

These legitimate criticisms, however, have been replaced by indiscriminate attacks, often using covert anti-Semitic tropes in the public media and overt ones online. Some Poles now criticize a group of Solidarity leaders for allegedly selling out the country for pennies to people like Soros. Sometimes these arguments are lined with anti-Semitism.

Economic debates on the transition should not ignore Soros’s vital role in supporting dissidents in the 1980s in their struggle for democracy. Nor is scapegoating Jews acceptable.

Why is Soros a target?

Soros is a contradictory and influential figure, making him an attractive target for unprincipled attacks.

He is an icon for capitalism, a former hedge fund manager and currency speculator who made billions while weakening the economies of several countries.

Soros has also contributed to bringing down communism in the Soviet Union and Eastern Europe while also promoting liberal political causes and human rights activism. After Sept. 11, 2001, he gave Democrats millions to oppose conservative Republicans.

Unquestionably, there is far too much money behind politicians and policy debates in the United States on both the liberal left and the right. There is far more conservative money in American politics than Soros is responsible for, but he is part of the problem.

Democratic socialists, prostitution abolition activists and supporters of fully funded public higher education have a right to be critical of Soros’s views on markets, sex work legalization and the funding of the Central European University as a private university.

Principled conservatives also have a right to disagree with the liberal capitalist politics of his open society philosophy and his views on Israel. None of these political differences justify spreading lies and conspiracy theories about Soros. 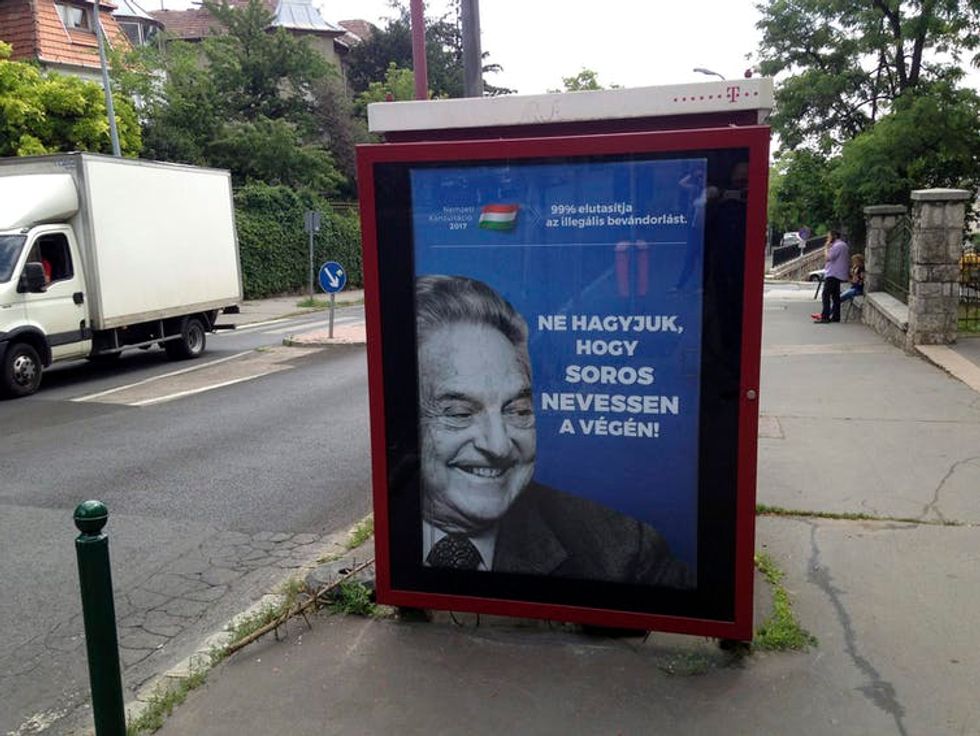 Canadian writer Anna Porter has written Buying a Better World (2015), an excellent book that raises questions about the effectiveness of Soros’s philanthropy. Porter argues that Soros has been unsuccessfully attempting to buy a better world with grand and expensive schemes for social reforms that have made very little real world difference.

Yet there are also reasons to be sympathetic to Soros’s Open Society Foundations. Soros has spent billions on addressing mass incarceration and the war on drugs in the United States and promoting of Romani and LGBTQ rights around the world. And Porter argues the Central European University is a major accomplishment.

A real debate about Soros’s influence should be about the larger issues of money in politics, philanthrocapitalism and the broader political questions that divide left, right and centre.

Canada has generally not seen much anti-Soros paranoia, partly due to his lesser involvement in political activism and philanthropy here.

Former Sun TV host and Rebel Media right-wing provocateur Ezra Levant has tried to create anti-Soros hysteria. Levant claimed that Soros was a Nazi collaborator as a young boy; the Toronto Sun retracted his vicious lie about Soros, who is a Jewish survivor of Hitler’s occupation of Hungary.

Despite being widely discredited, Levant is back at it trying to argue that Soros has sold Prime Minister Justin Trudeau on an allegedly “open borders” immigration policy. These kinds of smears masquerading as half-truths and gross exaggerations have been consigned to the margins of political respectability in Canada. For now.