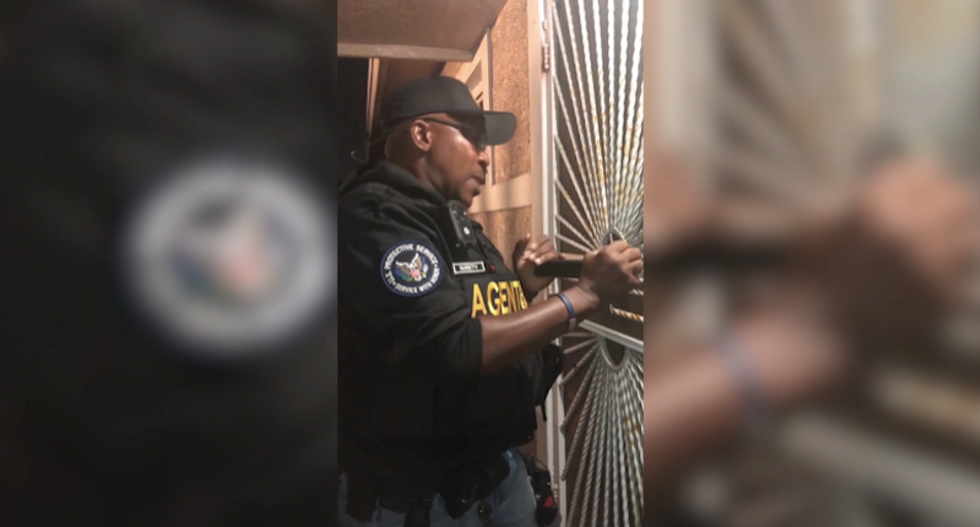 Florida bail bonds collectors burst into a man's home with a battering ram over a $750 debt — owed by a man who hadn't lived there for 20 years, reports the Miami Herald.

The agents, who were not required to present a warrant, burst through the door wielding crow bars and stun guns. They broke two doors and flipped mattresses searching for evidence of a man who hadn't lived there, but who previously provided police with that address.

The police in turn handed it over to the bond collectors.

“I did not know he was going to use it,” Donald Colas said about the man, who is his cousin. “I was very upset by it.”

His lawyer called the search a “state-sponsored home invasion.”