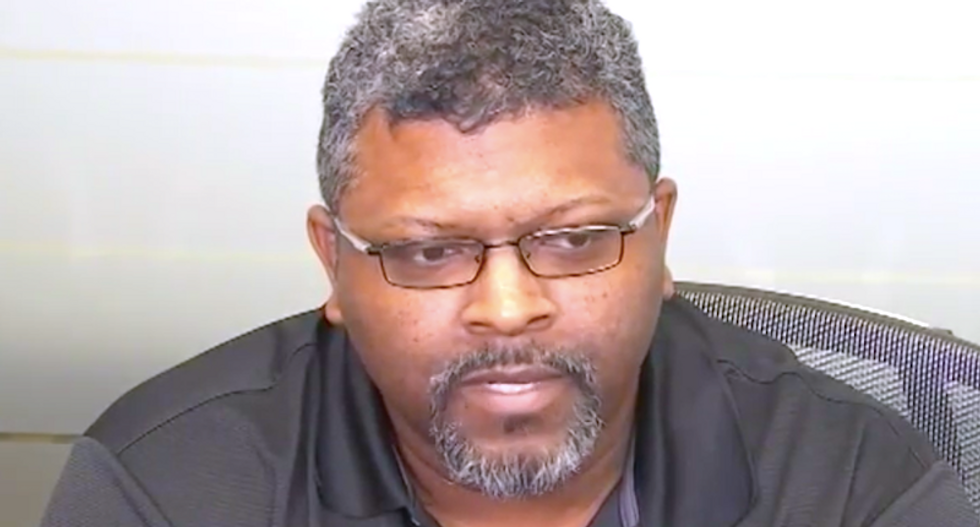 A black Florida man says he was racially profiled and issued a trespassing ticket for using the bathroom at a Starbucks coffee shop.

Lorne Green said he was targeted immediately after walking into the Brandon coffee shop, where he used the restroom before he made a purchase, reported WTVT-TV.

Green and his attorney believe employees were trying to force him out of the restroom, and he used his cell phone to call the Starbucks corporate telephone number.

He spoke with a representative for more than 20 minutes in a call that both he and Starbucks recorded.

"So you feel like this is racially motivated, correct?" the customer service representative asks.

Green told the representative that he believed it was.

"It is very because I walked in and she immediately -- in not even five minutes -- she goes, 'a black male went inside,' and called the police on me before I even got in the bathroom," Green says.

Green said he heard someone call him "the big black guy" twice, and he eventually left the store after using the restroom.

However, an employee had called Hillsborough deputies, who issued Green a trespassing ticket at the request of coffee shop workers.

Green and his attorney compared the incident, which took place last month, to another case in Philadelphia, where two black men were arrested for sitting in a Starbucks without making a purchase.

The company changed its policy afterward to permit anyone, including non-paying guests, to sit in its shops and use its restroom facilities.

A Starbucks spokesperson told the TV station the company strives to welcome everyone in a warm environment, and had zero tolerance for discrimination of any kind.

The company is conducting an investigation of the incident, and Green said he intends to file a lawsuit and fight the trespassing citation.

He also hopes Starbucks fires the employee who called police on him.

"It's being humiliating and defaming me and belittling me," Green said. "I just feel awful and I tried to make the best out of something that was truly escalating out of control."