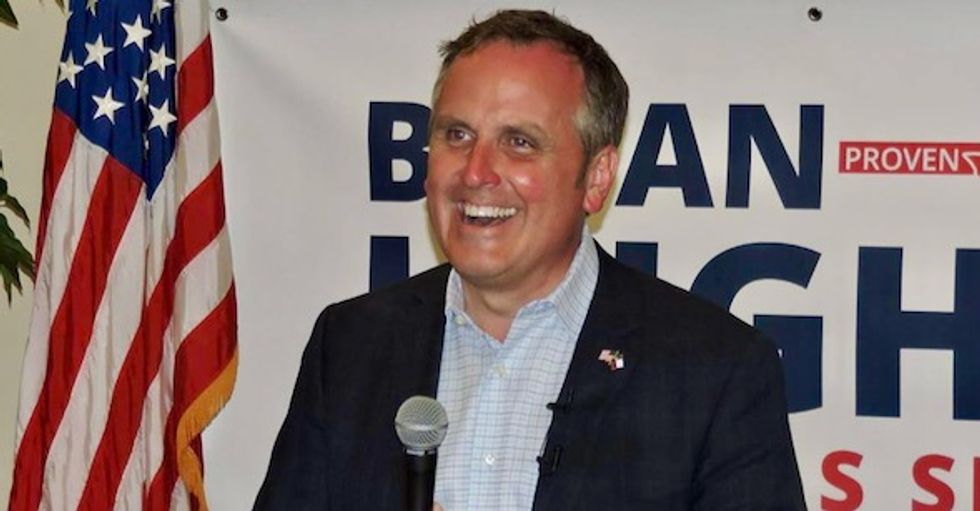 Republicans in the Texas State Senate approved a bill that would impose new draconian criminal penalties on people who make mistakes on their voter registration forms or who help others vote.

Texas Senate Bill 9 was approved last month in a party-line vote and will head to the House. All Democrats in the Senate voted against the bill, arguing that it is a voter suppression effort targeting the elderly and the poor, the Austin American-Statesman reports.

Among other things, the bill would make it a felony punishable by up to two years in jail to make a mistake on a voter registration form.

Sen. Bryan Hughes, who authored the bill, said that the measure is aimed at stopping illegal voters from casting ballots.

“The bill says that if I know I am not a citizen, but I still vote, I can be held accountable,” Hughes said.

Earlier this year, Texas announced that it would purge alleged non-citizens from the rolls after claiming that nearly 100,000 non-citizens were illegally registered. The state later admitted that the list was flawed and included countless naturalized citizens. Last month Texas officials agreed to end their botched review altogether after it was blocked by a federal judge.

Senate Bill 9 would also bar anyone from helping a voter unless they fill out a form listing their relationship to the voter and why the assistance is necessary. The bill would also require anyone who drives at least three voters to a polling place and requests curbside voting to sign a form swearing that the voters are not physically able to enter the polling place. Those who vote by mail because of a disability will also be required to submit a form confirming their inability to physically enter a polling place.

Democrats slammed the effort as another Republican attempt to suppress voters by imposing severe penalties on people who help elderly and disabled people vote.

Sen. Kirk Watson, who represents Austin, said that the bill “continues this state’s sad history of voter intimidation and disenfranchisement.”

Alex Birnel of the voting rights group MOVE Texas said that another provision in the bill, which would bar anyone from impeding walkways, sidewalks or roadways within 1,000 feet of a polling place is aimed at punishing groups like his.

"New rules about distance from polling locations in the name of decreasing impediments would jeopardize our ‘party at the poll’ program, which brings people to the polls, does not deter them," he told KXAN. "We fight to modernize voting, making it easier, less onerous. SB 9 criminalizes in the face of obvious solutions."

Andrew Segura, the legal director for the ACLU of Texas, said that the bill was “dangerous” and would "put innocent people in jail for trying to exercise their constitutional rights."

"People who make innocent mistakes concerning their eligibility to vote will be sentenced to felony jail time, even if they only filled out a provisional ballot," he said.

"If we’re going to make people felons,” he wrote, “we should at least make sure they are intentionally committing the fraud and not just checking the wrong box.”