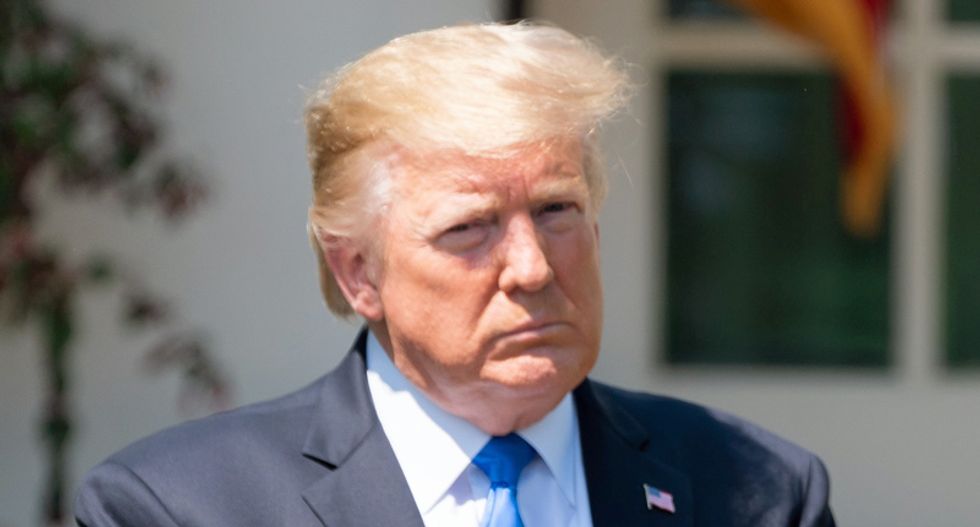 The president has raged against wind turbines for years, believing they block the ocean view at his golf course in Scotland, and now that he's U.S. president, he frequently claims wind power is particularly dangerous to birds and inconvenient to television viewers.

But his claim about bald eagles might even be more ridiculous than his claim that the noise from wind turbines causes cancer.

@therealzanetta It used to be just birds in general. Now its bald eagles. His lkes ate getting crazier
— sarah (@sarah)1557875752.0

@CheriJacobus Tremendous mountains of dead bald eagles as far as the eye can see. The biggest ever seen. Everyone is saying it.
— Geoff Valent (@Geoff Valent)1557902032.0

@therealzanetta What s coincidence that it happens to be bald eagles, the symbol of America. Dog whistle politics for his idiot supporters.
— WolfAriom (@WolfAriom)1557916356.0

@therealzanetta @SandraBridges1 In all truth bald eagles are commiting suicide because trump is our president
— MJS81 (@MJS81)1557915954.0