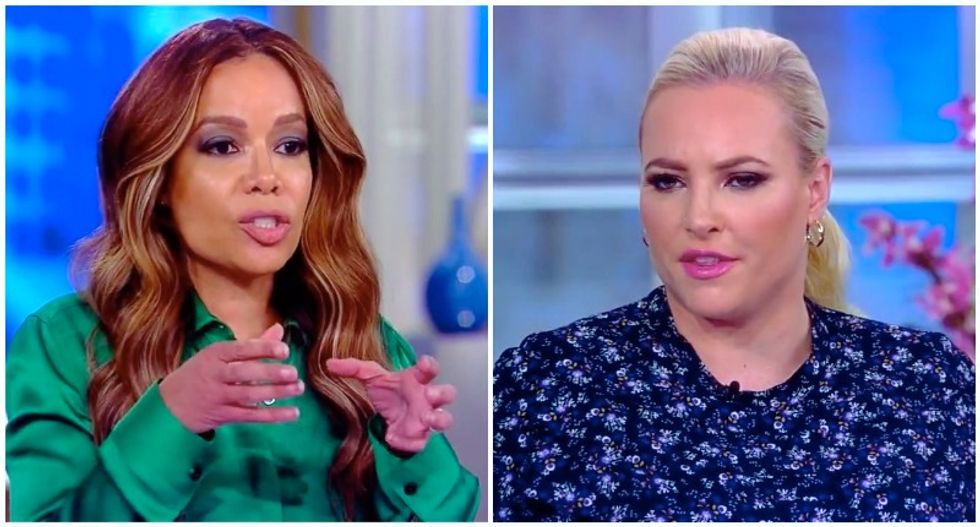 A clash broke out on "The View" after Meghan McCain questioned her co-host Sunny Hostin's religious beliefs.

The panelists were discussing Alabama's strict abortion ban, and McCain bristled when Hostin characterized her anti-abortion views as political.

"Meghan is pro-life more as a conservative value," Hostin said.

"No," McCain cut in. "I believe life begins at conception, it's a life issue for me."

Hostin explained that she is personally against abortion, but also favors legal access to abortion.

"For me it's a religious value," Hostin said. "It's a Catholic faith tenet that abortion is murder and conception begins at life. As an attorney, I believe in the separation of church and state. There's no way as an attorney that I can say constitutionally that I can tell you that you must believe that conception -- that life begins at conception. I can't tell you that it is wrong for you, I can't put my religious values on anyone else."

That's when McCain scolded her colleague.

Host Whoopi Goldberg stepped in to point out that's not what Hostin had said, and McCain agreed -- but kept on talking.

"I know, but the idea that, if you're a lawyer," McCain began, and Hostin cut her off to question her pro-life credentials.