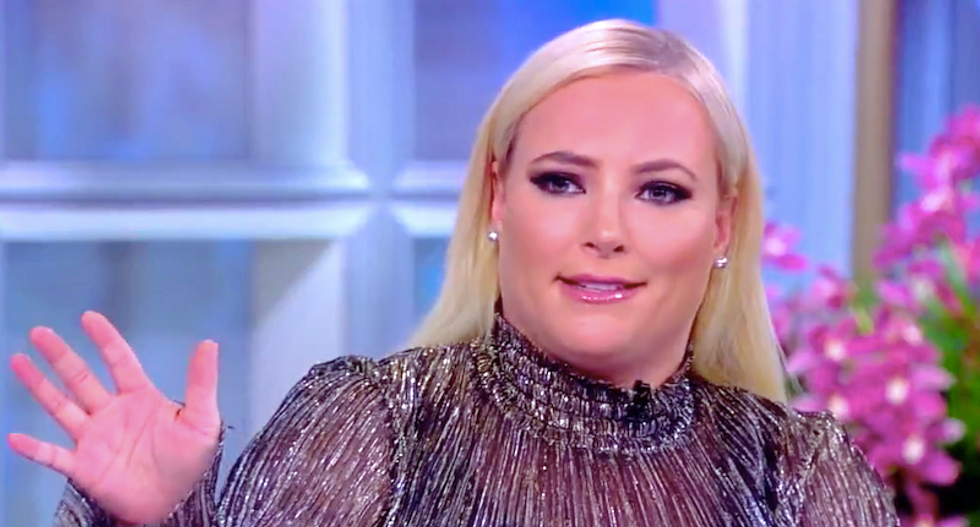 "The View" co-host Meghan McCain hates New York City mayor Bill de Blasio, and she made sure everyone knows it.

"This morning on ('Good Morning America')," McCain said, "people were screaming 'liar' so loud outside that George Stephanopoulos had to say, hey, there's a bunch of protesters out there."

Co-host Joy Behar, who defended de Blasio's record, suggested the protesters could have been a setup to make the mayor look bad, and McCain shouted her down.

"Can I just finish talking?" McCain said. "Because I hate this guy, thank you."

She got a smattering of applause, and launched into a litany of reasons she dislikes de Blasio.

"Seventy-six percent of New Yorkers said he shouldn't run for president," McCain said, "here's a violent crime rise, there's a measles outbreak, increase in homelessness, he's a climate change hypocrite. He drives to and from Gracie Mansion down to Brooklyn, an 11-mile caravan, yet he's advocating for a Green New Deal right now. And on top of everything else, he killed the groundhog, and I feel like that's important to America. We have the video, he did. He dropped this groundhog!"

"Are you holding him responsible for the measles outbreak?" Behar said.

"You're talking about crappy things happening in New York City," McCain said. "As far as I'm concerned, it is (his fault)."