Meghan McCain pouts after The View panelists disagree with her: ‘Judge me -- everyone else does!’ 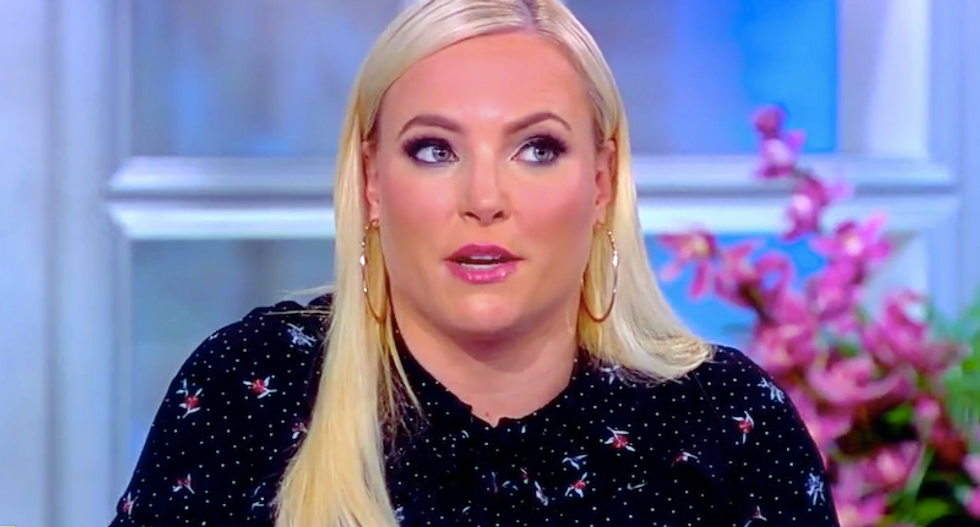 "The View" co-host Meghan McCain got more and more frustrated trying to persuade her colleagues to agree with her beliefs about abortion, and host Whoopi Goldberg patiently explained why she didn't share those beliefs.

The panelists discussed the recent abortion ban passed in Georgia, and co-host Ana Navarro shared her family's experience with her severely disabled brother, and she said not every family would be able to care for a child with such serious developmental issues.

"I think you have to understand for pro-life women like me," McCain said, "which is a very strong tenet of who I am and I how I view the world. I believe abortion is murder. The idea there is gray in allowing murder in the United States of America."

Goldberg interrupted to point out no one had asked her to change her viewpoint.

"It's okay that you feel that, no one is saying you can't feel or believe that," Goldberg said.

McCain felt personally attacked when Navarro said she did not want to pass judgment on those who viewed abortion differently than her.

"The idea I'm passing judgment because I don't think it's a gray issue, to me, is also reductive," McCain said. "Women like me are always left out."

Navarro insisted she was not passing judgment on McCain, who pouted.

"It's okay if you are, everyone else does," McCain said.

Navarro said doctors and medical professionals aren't heard from enough in the abortion debate, and McCain tried to call out liberal hypocrisy about abortion and science.

In fact, there is no scientific consensus on when life begins, and Goldberg pointed out that McCain was offering a perfectly valid belief.

"That's your belief," Goldberg said. "I'm saying I don't believe that the minute you conceive, you're with child. I believe a lot of things have to happen, the baby has to become zygote. I'm happy that you feel that way. I want everybody who feels that way to feel that way. What I don't want is, I don't want anybody telling me what I have to believe."