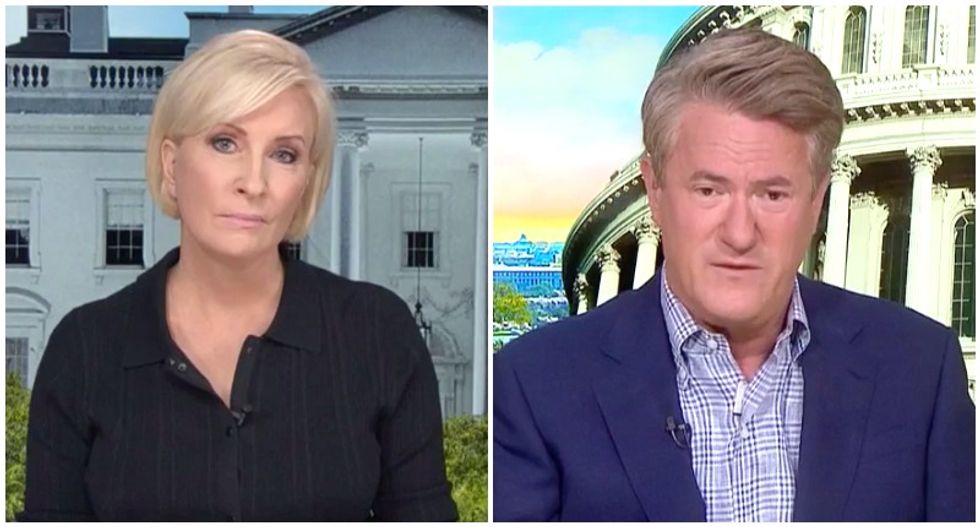 Conservative lawmakers are passing stricter and stricter abortion bans in state legislatures, and panelists on MSNBC's "Morning Joe" agreed they were emboldened by Brett Kavanaugh.

Republican state legislatures have been pushing abortion bans from a variety of angles that are clearly intended to challenge the 1973 Supreme Court ruling, but host Joe Scarborough pointed to a Fox News poll showing only 21 percent of Americans wanted to overturn that case.

"That is one in five Americans," Scarborough said, "which, again, not making everything about politics, but this is the car that Donald Trump does not want to catch up with, politically. This would be a nightmare scenario for Republicans going into 2020, if Roe v. Wade were overturned. I mean, four out of five Americans, obviously, would be against that move. It would energize Democrats in the way that very few things have in a very long time."

"This is about Brett Kavanaugh, this is about the Supreme Court justice," Geist said. "You've heard it from activists inside the state of Alabama, one saying, quote, 'Why not go all the way? This was not possible until this moment. We feel we have a chance. If this makes it to the Supreme Court, we could overturn Roe v. Wade.'"