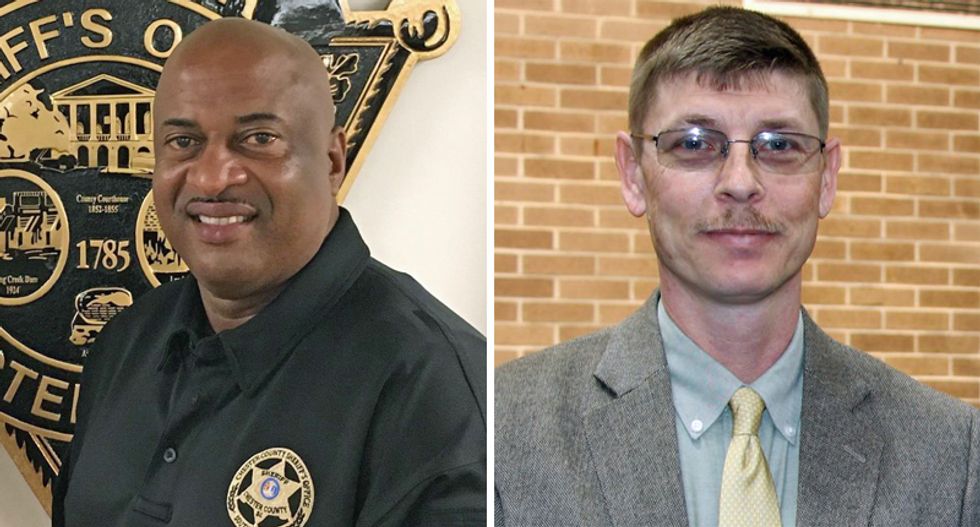 Top law enforcement officers in Chester County, South Carolina were indicted on Tuesday on charges stemming from an unsuccessful attempt at covering up an unlawful arrest, the Daily Journal reports.

"Federal prosecutors say a South Carolina sheriff and two deputies were angered by someone videotaping a police investigation so they held in him jail for three days, created a fake police report, tried to destroy his cellphone and lied to the FBI," the newspaper noted.

“Today, we announce the worst kind of charges: Allegations of wrongdoing on the part of law enforcement,” U.S. Attorney Sherri Lydon said. “Those who swear to protect and uphold the law, while at the same time using their positions of power to hide their own violations of the law, will be held accountable. The American system of government depends on those in power obeying the rules and ensuring that all individuals are treated fairly and equally.”

According to the indictment, Sheriff Underwood was unhappy that a citizen was filming a police action with a cell phone from his front yard.

"The indictment says Underwood then followed the man onto his porch, lunged to grab and restrain the man by his torso, and demanded that he turn over his cellphone," the newspaper explained. "After restraining the man, Underwood stated that he was attempting to place him under arrest, the indictment says. Neal handcuffed the man and took him to a vehicle to take him to the detention center. The indictment says Neal knocked the handcuffed man to the ground, causing injuries to his head and elbow."

However, the citizen had live-streamed the event on Facebook.

The officers allegedly continued their coverup.

"In January 2019, Sprouse and Neal created an incident report containing false statements about the man’s detainment, and Underwood and Sprouse created and signed a disciplinary report shifting the blame to the deputy in charge of evidence collection for taking the phone following the detainment," the newspaper reported.

The men also allegedly lied to the FBI.

Conviction on all counts could result in four decades of prison time.