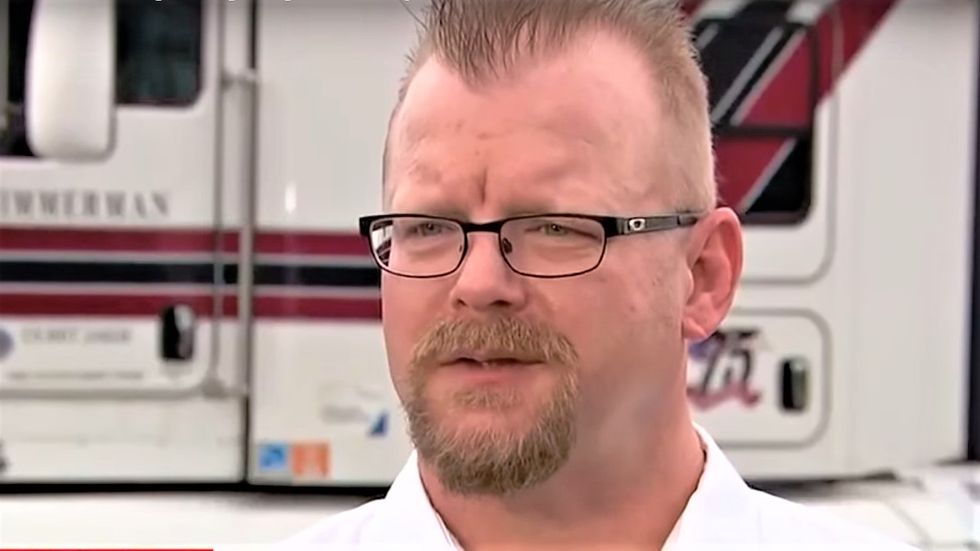 Mark Zimmerman, the chief operating officer at Pennsylvania-based trucking company Zimmerman Truck Lines, admits he's getting hurt by President Donald Trump's trade war -- but he still plans on voting for Trump in 2020 no matter what.

In an interview with CNN, Zimmerman admitted that his business is "a challenge" and that "every day we come to work is a fight." Part of the reason it's so challenging, explained CNN's Bill Weir, is that Trump's trade war has resulted in fewer imports coming into the United States, which means less demand for trucking services.

"Industry data shows that the rates trucking companies charge are down as much as 17 percent," Weir noted.

Zimmerman also told Weir that his business's revenue is down 8 percent from last year.

Nonetheless, when asked by Weir whom he'd vote for in 2020, Zimmerman didn't hesitate.

At the end of his segment, Weir took a guess as to why Trump supporters like Zimmerman are standing by him even as he hurts them financially.