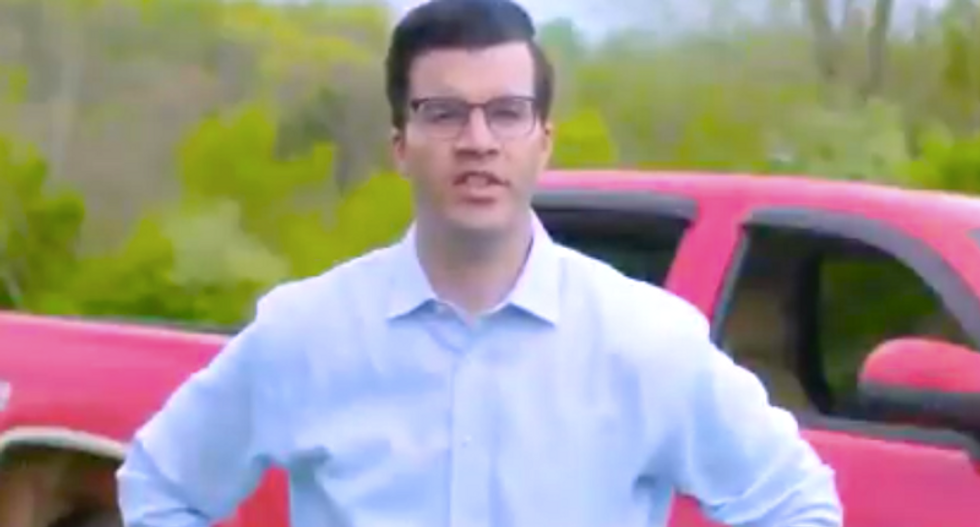 A Kentucky Republican loaded a shotgun and blasted a television in a new campaign ad attacking undocumented migrants and his black opponent for state attorney general.

The Judicial Crisis Network reports spending $350,000 to promote Cameron in the May 21 primary, according to the Lexington Herald-Leader, and the 501(c)(4) group is paying for a heavy rotation of TV ads boasting his work with McConnell and promising to "defend the Trump agenda."

Schroder, a Northern Kentucky attorney and state senator since 2015, complained that the out-of-state activist group filed open records requests for police reports from his current and previous homes, apparently hoping to dig up embarrassing information against him.

“As far as I can determine, it’s unprecedented for an outside group to come into a Republican primary in a down-ticket race on the state ballot and try to do something like this,” Schroder told the Herald-Leader. “I think they’re desperate. I think they’re doing anything they can do in order to discredit this campaign. You have to ask yourself who’s behind this and why?”

Schroder responded with an ad of his own, showing a darkened photo of Cameron, who is black, as he loads a firearm and takes aim at a television showing his opponent's "shameful negative campaign" -- and blasts out the screen with the shotgun.

"The truth (is) I'll work with President Trump to build the wall and build it now," Schroder informs viewers, "to keep illegals, drugs and crime out of Kentucky."

The former prosecutor and staunch abortion opponent then touts his experience as a "crimefighter," "Christian" and "conservative Trump Republican."