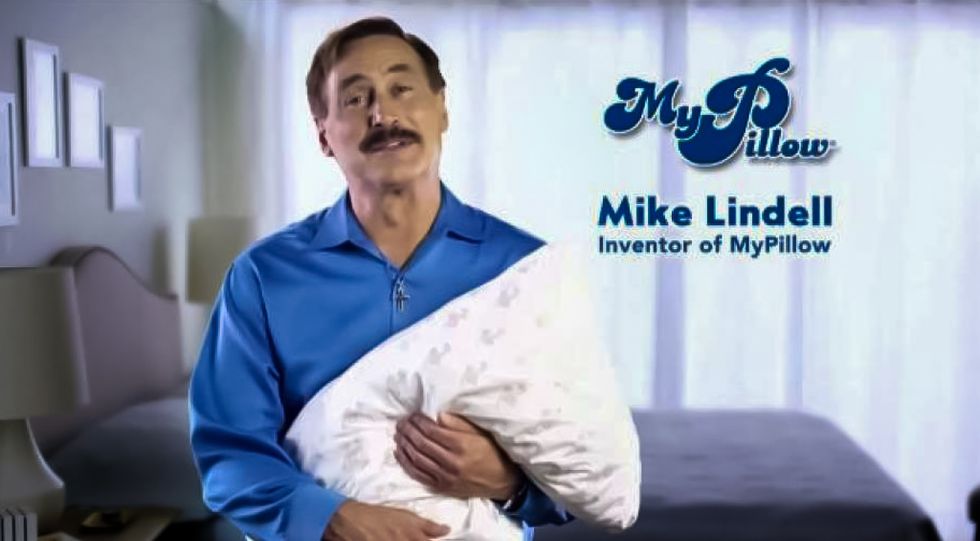 Mike Lindell, the Trump-loving CEO of MyPillow, announced this week that his company will be laying off 150 workers at a facility in Shakopee, Minnesota -- despite the fact that he claimed months earlier that America was in an "economic boom" thanks to the president's tax cuts.

Local news station Fox 9 reports that the layoffs are coming as Lindell is planning major changes to his business. Specifically, Lindell is preparing for the launch of a new website called MyStore.com that is being described as an "online store for entrepreneurs and inventors to sell their products."

Lindell expressed remorse for having to lay off these workers, but he said there was a possibility they could be hired back once MyStore.com gets off the ground.

"I value each and every one of my employees so this is a difficult decision, however this is what is best right now for the future of MyPillow and to prepare for the launch of MyStore.com," he said. "Once MyStore is up and running, we anticipate we will be hiring."

"It’s President Trump," he said last fall when asked about who gets credit for the strength of the economy. "Who else is there that you can attribute it to? It’s him."