Trump sucks his followers in by using the language of fascists: Yale linguistics expert 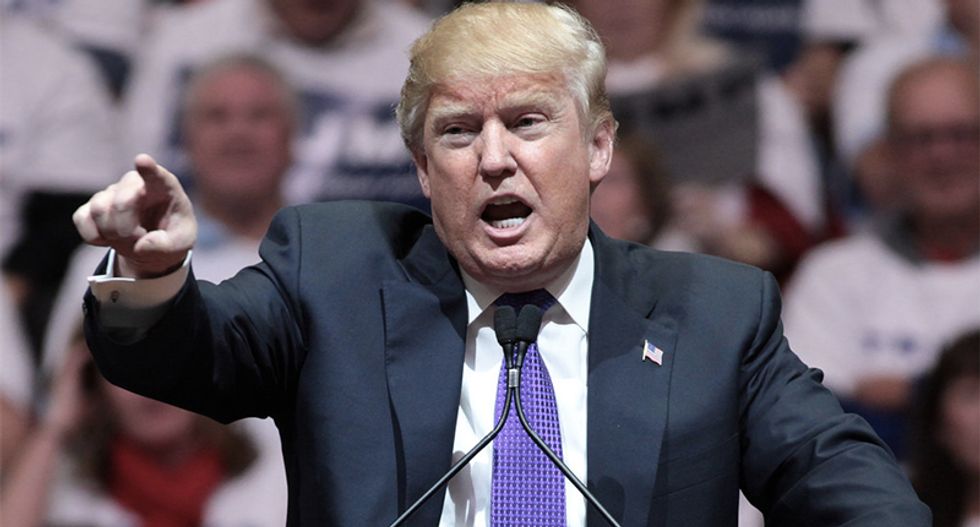 In an interview with the Washington Post's Dana Milbank, the author of "How Fascism Works", explained that Donald Trump may not be a fascist -- but he sure talks like one.

According to Jason Stanley, a Yale philosopher specializing in language, Trump -- wittingly or not -- indulges in rhetoric that uses "emotion to circumvent reason, to overwhelm reason."

“He wants to get the situation such that it’s a crisis and there’s such fear and suspicion that the only happiness, the delivery, is winning over his enemies,” Stanley explained, adding that is why Trump makes great pains to praise his supporters and turn them against his perceived foes.

“Goebbels talks about propaganda being best when it appeals to straightforward emotion: fear, suspicion, anger, and then it would be culminated with ‘we’re winning,’ ‘we’re going to get them,’ ” Stanley elaborated, citing the Nazi propaganda specialist. A speech of this method was often very long, “with extremes of paranoia and then praise of ‘us,’ ‘our’ greatness, and a desire for revenge for lost greatness. . . . When our emotions are being overwhelmed, it’s because people are trying to manipulate us and drive us toward a desired goal.”

Columnist Milbank added, "His supporters, lovingly embraced, feel as though they’re in on the joke; they know he often lies, but they believe he’s lying for them — lying to the liars. Us-vs.-them thinking becomes so powerful that the enemy’s humiliation can be more gratifying than one’s own betterment."

He then warned, "How to counter this extreme emotion? The evidence that not a single member of Congress comes close to Trump’s rhetorical excess raises hope that this will pass. The best opponents can do until then is to cling to truth. Emotion can overwhelm reason for only so long."