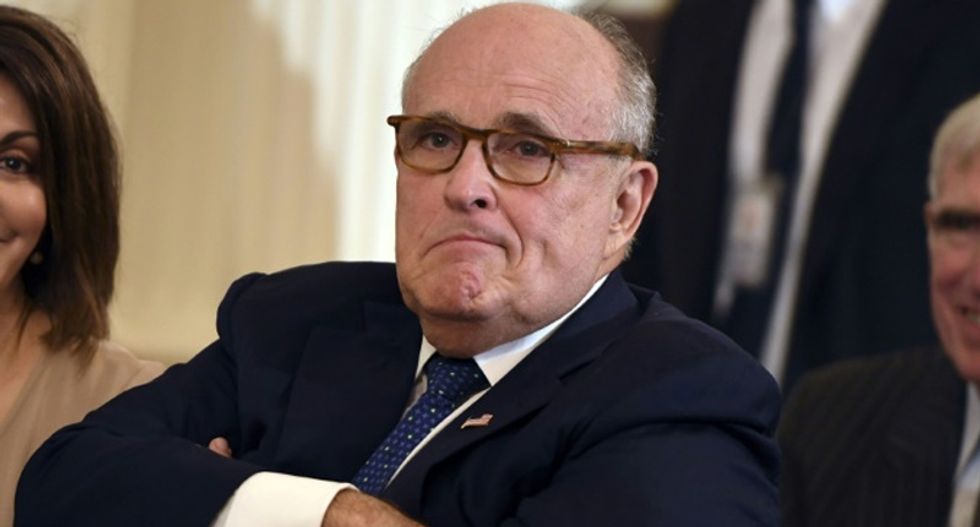 On Friday's edition of CNN's "Cuomo Prime Time," Congress of Racial Equality spokesman Niger Innis attempted to defend the plan by President Donald Trump's lawyer Rudy Giuliani to go to the Ukraine and persuade their government to help him dig up dirt on former Vice President Joe Biden. He was promptly shut down by host Chris Cuomo and former Michigan Gov. Jennifer Granholm.

"These are two investigations that the Ukrainian government already had rolling well before Rudy Giuliani decided to go to Ukraine to encourage them to continue the investigations that they have already started," said Innis. "The Ukraine embassy verified that in 2016 in the midst of a presidential election a DNC contractor called that country to get information on Paul Manafort. Now, for all the millions of dollars that were spent and the obsession with Russia, Russia, Russia, Russia that we have had, the Mueller report shows that in terms of criminal collusion it was a big, fat nothingburger."

"In terms of criminal collusion there are no indictments by Mueller," said Innis heatedly.

"Hold on," said Cuomo. "There is no such thing as criminal collusion. It's an oxymoron. There is no collusion in law. Collusion is behavior. Did they find crimes of conspiracy? No. Let's bring in Jennifer."

"Okay. First of all, you cannot get a thing of value which opposition research is considered to be from a foreign entity," said Granholm. "That would be an illegal campaign contribution. That's number one. Number two, this whole thing — Rudy Giuliani, if he hasn't learned anything about the whole past two years about Russian collusion that you shouldn't be collaborating, engaging in a conspiracy, asking for foreign help, really, going to the Ukraine to beg the new president to pick up an investigation that they had already put away because they want to hurt Joe Biden."

"What does that tell you?" Granholm continued. "It tells you they are freaked out about the prospect of Joe Biden becoming the nominee. Either he's looking back at his old opponent for the presidency or looking forward to his future one. It is wrong. It is wrong to do this. They should have known it already."

"I would say if anybody should be investigated, it should be Rudy Giuliani, who's got clients in the Ukraine who apparently, it seems, has been lobbying for them in the United States," Granholm added. "This is a mess. Joe Biden is far removed from it because that investigation was ended and Bloomberg and The New York Times and the Washington Post all today said he did nothing wrong."