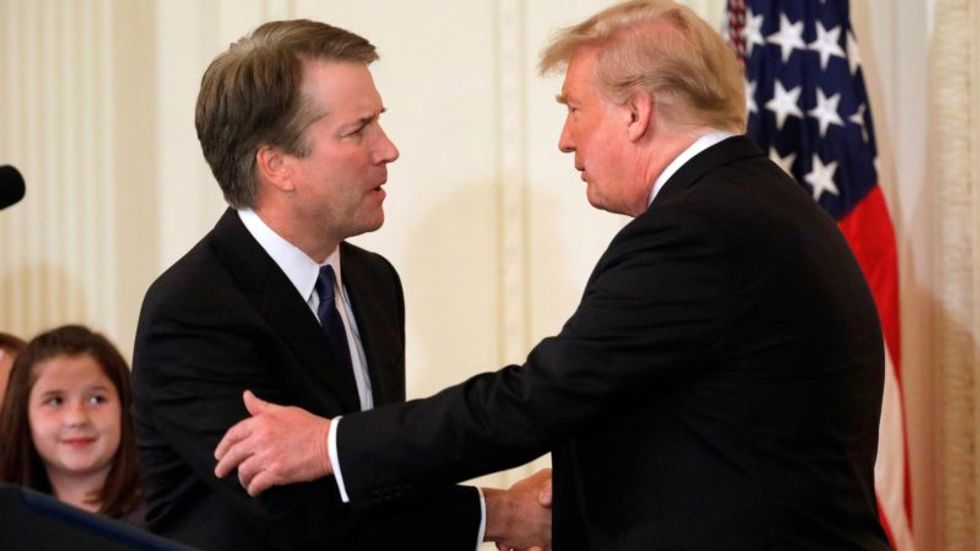 "A Supreme Court Justice has to convince four of his colleagues to uphold a nationwide injunction — but a single district court judge can issue one, effectively preventing the duly-elected president of the United States from fulfilling his constitutional duties," said Pence. "This judicial obstruction is unprecedented. In the days ahead, our administration will seek opportunities to put this question before the Supreme Court."

Courts frequently issue injunctions, which block the government or other entities from taking a certain action. A "nationwide" injunction is an injunction that also applies to people who aren't part of the lawsuit — and such injunctions are frequently used by both liberal and conservative litigants to prevent that government from enforcing unconstitutional laws.

Simply put, Pence is saying that lower courts should not be allowed to block the government from enforcing a law even if that law is found unconstitutional — they should only be allowed to exempt the specific person or people who sued from the law.

Reasonable legal minds have argued nationwide injunctions have grown too common and too partisan. For one thing, they encourage "forum shopping," where lawyers who want a partisan ruling pick a specific court where they know they'll get a partisan judge who agrees with them. A key example is the lawsuit seeking to repeal all of Obamacare, whose plaintiffs filed in North Texas so they'd get a specific right-wing judge who used to be a GOP staffer. Some academics also argue nationwide injunctions speed up debate of cases, leaving the Supreme Court with less information if it needs to review the issue.

But abolishing nationwide injunctions would cause even worse problems. As SCOTUSBlog's Amanda Frost noted, lower-court judges wouldn't be able to solve certain kinds of cases at all without nationwide injunctions — for example, if a school was segregated and an African-American plaintiff sued, a judge could order the school to admit that one plaintiff but not desegregate the whole school.

Moreover, nationwide injunctions are an essential limit on executive power, because modern presidential administrations can make massive changes to regulatory policy that affect millions of people at a stroke, and Congress is generally too gridlocked to check this power legislatively. Which is likely the main reason Trump wants nationwide injunctions ended — federal courts have been the main obstacle to his rolling back everything from labor laws to environmental protection to migrant rights.