Trump's financial disclosures could be hiding evidence of foreign bribery -- here is how: Trump biographer 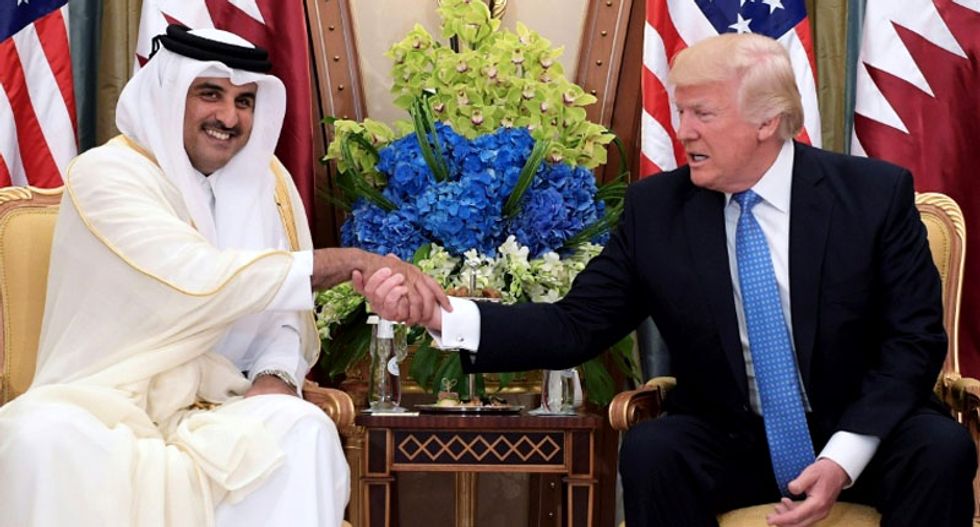 In a Bloomberg column that states up front "Wouldn’t You Like to Know If Trump Can Be Bribed?" the author of a biography of Donald Trump said the financial disclosure forms provided by the president reveal very little and hide quite a bit.

According to Tim O'Brien, author of "TrumpNation: The Art of Being The Donald,” the disclosure does show that Trump's "portfolio of golf courses, hotels, real estate and other ventures had revenue of at least $435 million in 2018, about $30 million less than the year before."

The devil, he claims, is in the details.

Specifically, debts owed by Trump that are hidden from view.

"Trump owes banks and other lenders at least $315 million, and Deutsche Bank AG – a German financial titan that has drawn repeated scrutiny from regulators and the U.S. Congress – remains one of his single largest creditors," O'Brien writes.

"A key lesson of Trump’s disclosure forms is that they don’t disclose enough," he added. "The public still knows very little about how Trump has funded his business and to whom he might be financially beholden. As the forms show, Trump controls a skein of murky financial holdings tucked inside hundreds of shell companies. He can use those shells to insulate his holdings from one another. He also can use them to park loans and debts or steer payments away from prying eyes. (Trump’s former lawyer, Michael Cohen, for example, used a shell company to pay hush money to a porn star, Stormy Daniels, who claimed to have had a sexual encounter with Trump.)"

"If some of Trump’s business problems accelerate then the financial conflicts of interest that have marked his presidency from its inception may become even more significant," O'Brien writes. "Trump has historically put his wallet ahead of other considerations and souring businesses would make him more susceptible to outside financial and political influence than he already is – presenting, of course, a clear national security problem."

According to the biographer, this is rich territory for Congressional investigators for a very specific reason having to do with Trump policies past -- and still to come.

"They’re looking at Trump’s deals overseas and at home, his relationships with banks and other business partners, and other questions arising from financial conflicts of interests that loomed over Trump from the earliest days of his presidency long before Mueller came on the scene," he explained. "Trump’s financial disclosure form is a reminder that until the public gets an open, transparent look at the president’s finances and business dealings, nothing is closed."