Trump’s perceived wealth is as psychologically important to him as ‘the size and performance of his hands’: Nicolle Wallace 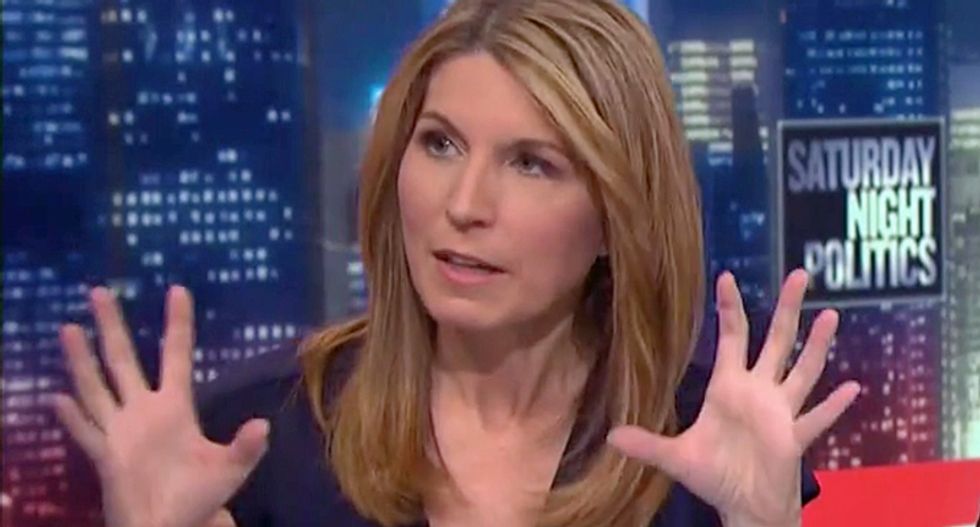 Nicolle Wallace is the host of 'Deadline: White House' on MSNBC (screengrab)

"Day in and day out we’re following Mueller, we're following Russia," the host noted. "I think the real dirty gem in there is the Russian money that’s going to come out, because the big question is other than Deutsche Bank where is he getting his money from? That's when it becomes black and white."

Wallace, who was a top Republican communications strategist prior to her career in broadcast journalism, offered viewers a warning before she offered her theory.

"This might be a little genderish and if it makes you squirm I’m sorry, Donald Trump is obsessed with the size of his -- hands," she said.

"Turns out if one thing’s fake -- and just girl in the bar -- if your hair is fake and the hand size is something that gets under your skin and your wealth turns out to be fake," she explained.

"You are taking up residence inside Donald Trump’s head in a way that could be devastating in a way that has nothing to do with whether you gave to charity or where the money came from," she suggested.

"Donald Trump's wealth is a primal as the time and energy he spends on his hairdo, defending the size and performance of his hands as he did in that debate in the primaries with Marco Rubio," she continued.

"This stuff is ridiculous and uncomfortable, but it matters to him," Wallace added. "And if I’m a Democratic strategist I want to understand what matters to him."