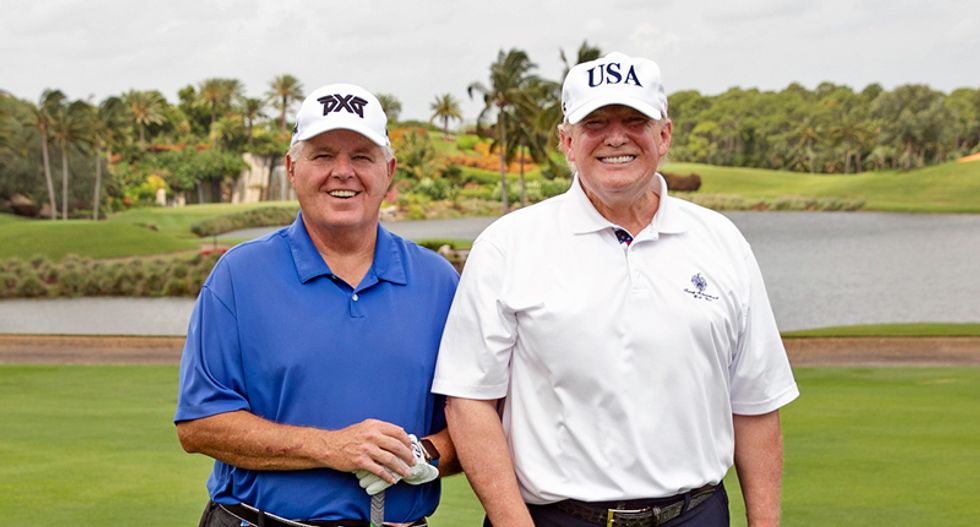 President Donald Trump's hefty losses declared on his taxes were shocking to most Americans who believed his claim that he was a billionaire. It turns out that Trump is actually a billion-dollar loser, having lost more money over the course of ten years than any other person in America. But, it turns out the philosophy of reporting significant losses to avoid paying taxes is a trick the uber-rich have been using for years.

The Nation wrote Thursday that Republicans may have tried to pass a tax bill that simplified the tax code, but it allowed rules to persist that gives the rich an out on so-called losses.

Citing tax-law professor Lily Batchelder, The Nation noted that claiming losses is just one of the many options that the wealthy can use to hide money from the IRS. Others include setting up sham corporations to funnel money from Trump's parents to him and his siblings. The Trumps undervalued real-estate holdings, which while at the same time inflating real-estate holdings to show as collateral for loans.

Trump's parents, "Fred and Mary gave their children over $1 billion but paid just 5 percent of it in taxes, despite the tax on gifts and inheritances at the time standing at 55 percent," The Nation reported.

Some of the ways Trump tried to get away with not paying his taxes are legal but others probably are not. "All are troubling," the report said.

In the 1990s, Trump used a tactic to "disappear" hundreds of millions of dollars to avoid paying taxes on it. A 2016 New York Times report called it so "legally dubious" that one of his lawyers warned the IRS would probably come after him.

"He has aggressively fought to reduce what he owes to state and local governments by arguing that the on-paper value of his properties should be lowered, even claiming to tax authorities that his holdings were worth less than the value he assigned them in other legal documents," The Nation said.

It's unknown whether what Trump did is illegal without having access to the actual tax returns, which Trump has refused to turn over. It's unclear if that's his reasoning. He's told advisors that he doesn't want to release the taxes so that they don't fall under the scrutiny of tax experts who could uncover flaws. If he avoided paying taxes, the IRS would likely come calling for back taxes with hefty penalties.

"The more income people have, the larger the share of it they are likely to have misreported to the IRS. This phenomenon is most acute for the richest 1 percent; those most likely to accurately report their taxes, on the other hand, are the lowest-income filers," explained the reported.

After years of budget cuts to the IRS, they've become a "toothless" entity, unable to hold wealthy tax avoiders accountable. The annual budget has been cut by $2 billion since 2010 when the GOP took over Congress. With it, audits fell by 42 percent, primarily for the rich, with the top 1 percent benefitting the most.

"As it’s gone easier on the rich, the agency has kept its sights trained on the poor," The Nation said. "While the audit rate for those making millions of dollars a year has fallen 52 to 70 percent, it has dropped by only about a third for people who receive the earned income tax credit."

If there's a tax-evasion problem, it exists at the top and American bills aren't being paid because of it.