Ukrainian officials wanted nothing to do with Giuliani's failed scheme to get dirt on Biden: report 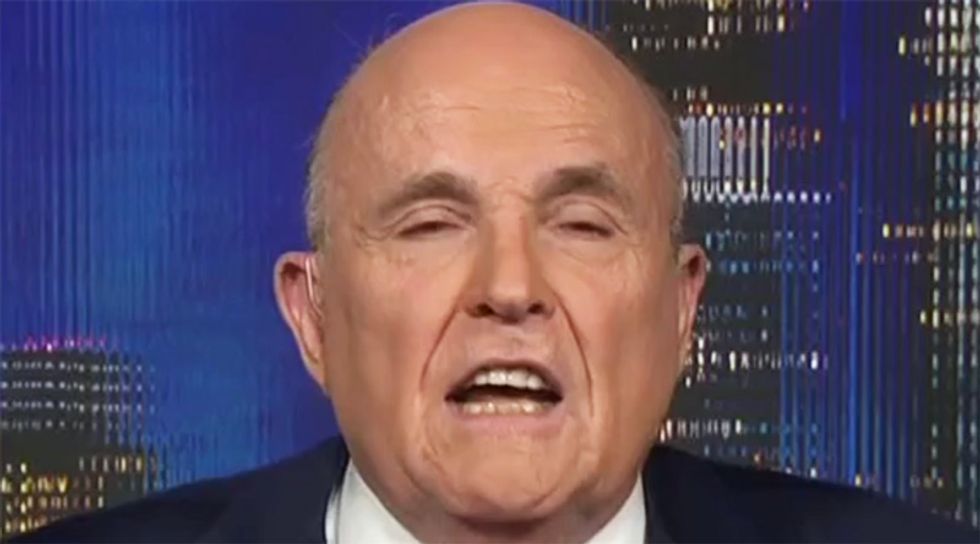 Facing widespread criticism over his plot to travel to the Ukraine and lobby their government to dig up dirt on former Vice President Joe Biden, President Donald Trump's counsel Rudy Giuliani backed off the idea.

But according to the Washington Post, the whole scheme may not have worked anyway, for one key reason: Ukrainian officials didn't want to get involved. Officials supporting President-elect Volodymyr Zelensky have said they do not have any interest in getting bogged down with U.S. politics. One person close to Zelensky said, "This is definitely not our war ... We have to stay away from this as much as possible."

Zelensky, a comedian with no political experience before unexpectedly toppling incumbent President Petro Poroshenko, is opposed to the separatists backed by Russian President Vladimir Putin, and his incoming administration does not want to meddle in the internal affairs of the U.S., a necessary ally in their new leader's efforts.

Giuliani was hoping that Ukrainian investigations would yield information on Biden's son Hunter's investments in a utility company that was investigated by a former state prosecutor Biden pushed to have fired. The notion that Biden behaved improperly has already been debunked — the prosecutor had actually quashed that investigation a year before, and was fired for substantive corruption issues.