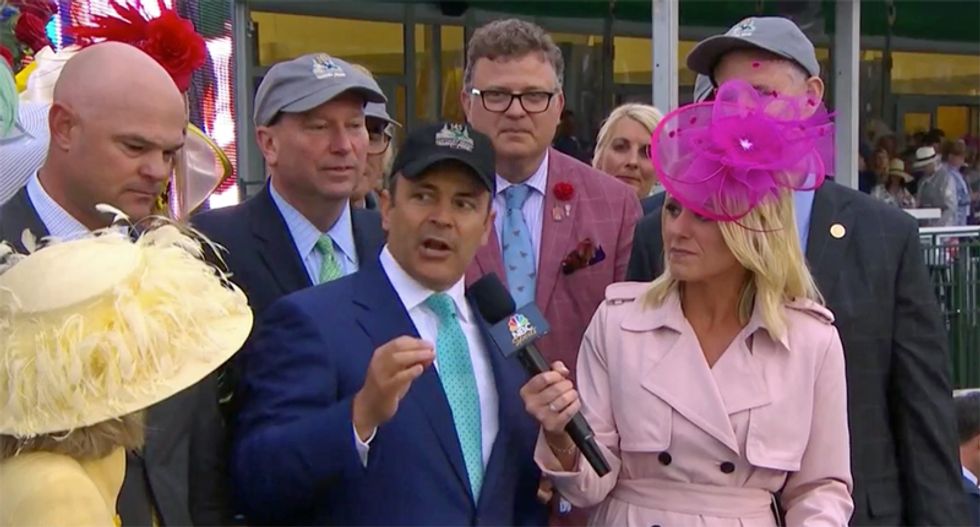 Embattled Gov. Matt Bevin (R-KY) was booed during the 145th running of the Kentucky Derby in Louisville.

Bevin, who was recently ranked as the most unpopular governor in America, is facing re-election in November.

During the Derby Parade, Bevin was booed.

Bevin was again booed when he presented the trophy -- after a bizarre outcome.

the only good thing about this derby is when matt bevin was talking and everyone boo’d him the whole time. he sucks
— hannah (@hannah)1557012595.0

After Matt Bevin gets boo’d he immediately goes to twitter to block everyone in Kentucky https://t.co/ZANcFrVgWM
— Runs n Rose’s (@Runs n Rose’s)1557013030.0

My favorite part of the Kentucky Derby was when Matt Bevin said that these are the most “hospitable” people as he was being boo’d
— Emma (@Emma)1557013328.0