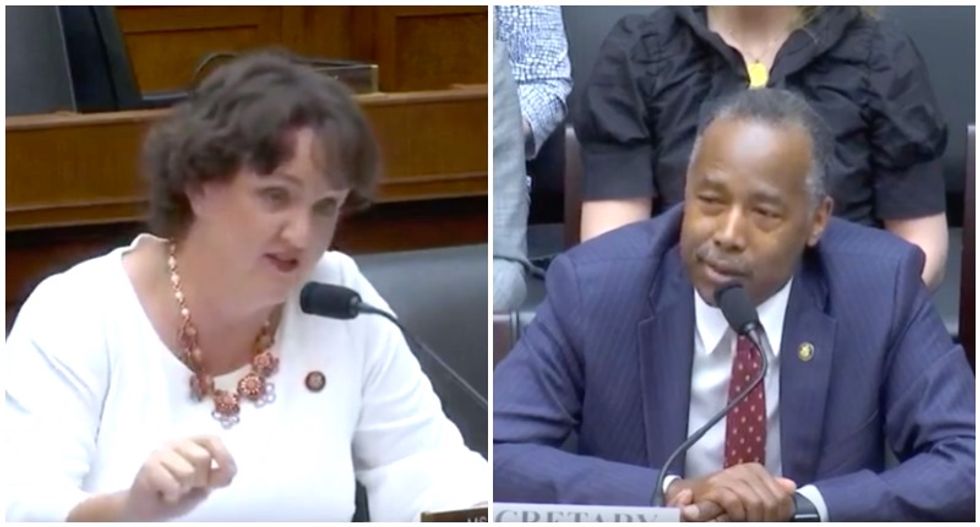 Housing and Urban Development Secretary Ben Carson appeared before the House Oversight Committee, where he needed a Democratic congresswoman to get him up to speed on some basics of his job.

Carson, who has served as President Donald Trump's HUD secretary since early 2017, appeared unfamiliar with basic terms and acronyms cited by Rep. Katie Porter (D-CA) as she questioned him on foreclosures and other housing issues.

"Do you know what an REO is?" asked Porter, a former University of California-Irvine professor and public interest lawyer.

Porter, who wrote one of the first academic studies of foreclosure fraud, slowly spelled out the difference between the phonetically similar acronym and brand-name cookie.

Porter explained that REO stood for real estate-owned property, which was the term used when property goes into foreclosure, before she tried to resume asking the Cabinet secretary on the issues that concerned her constituents.

Afterward, the congresswoman expressed shock that Carson lacked such basic knowledge about his job.

"I asked @SecretaryCarson about REOs - a basic term related to foreclosure - at a hearing today," Porter tweeted. "He thought I was referring to a chocolate sandwich cookie. No, really."