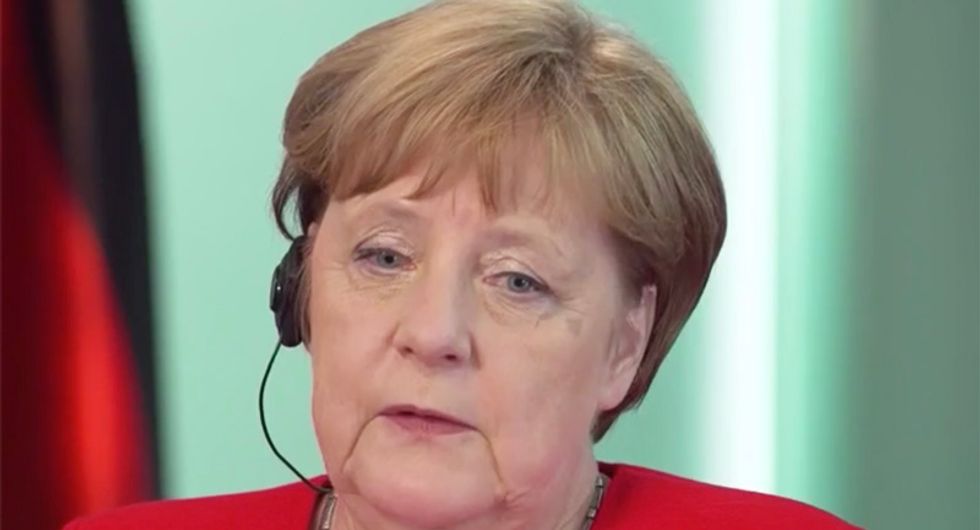 In an interview with CNN's Christine Amanpour, German Chancellor Angela Merkel both lamented and warned the rise of "dark forces," in Europe, decrying a surge in nationalism that threatens the continent in a way that echoes Germany's Nazi past.

Speaking with the CNN host who called Merkel the "face of good Germans," the German leader noted that citizens of her country should know better than to fall prey to extremism.

"In Germany, obviously, they always have to be seen in a certain context, in the context of our past, which means we have to be that much more vigilant than others," she explained.

"[That's] why article one of our basic law, human dignity is inviolable, is so important. it has to be taught to every generation," she concluded. "You're right, the task has become harder, but it needs to be done."