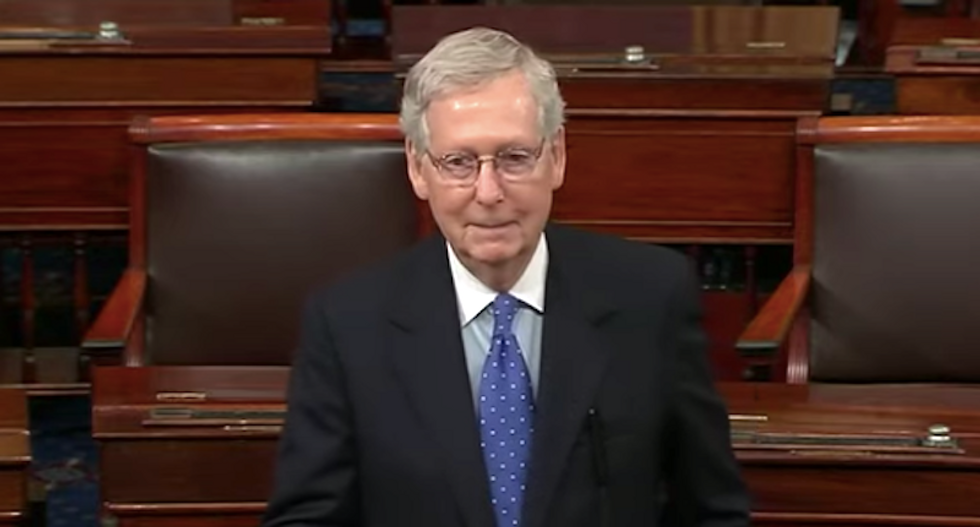 McConnell insisted Obama had not done enough to stop Russian interference in the 2016 presidential campaign, despite his own role in derailing a bipartisan pushback against that foreign meddling.

"I think many of us now see that President Obama's approach to Russia could have used some more of the 1980's, more Ronald Reagan and less Jimmy Carter," McConnell said.

McConnell reportedly threatened to politicize Obama's warnings about Kremlin efforts to interfere in the election on President Donald Trump's behalf, but now that Mueller's investigation is over the GOP senator passed the blame back to the former president.

"Maybe stronger leadership would have left the Kremlin less emboldened," McConnell said. "Maybe tampering with our democracy wouldn't have seemed so very tempting. Instead the previous administration sent the Kremlin the signal they could get away with almost anything, almost anything. So is it surprising that we got the brazen interference detailed in special counsel Mueller's report? A concerted effort to divide Americans through social media campaigns, hacking into the email accounts and networks of the Clinton campaign and the Democratic Party. Thanks to the investigation, we know more about these tactics."