WATCH: Mormon valedictorian tells Ellen a bullied-to-death gay classmate motivated him to come out at graduation 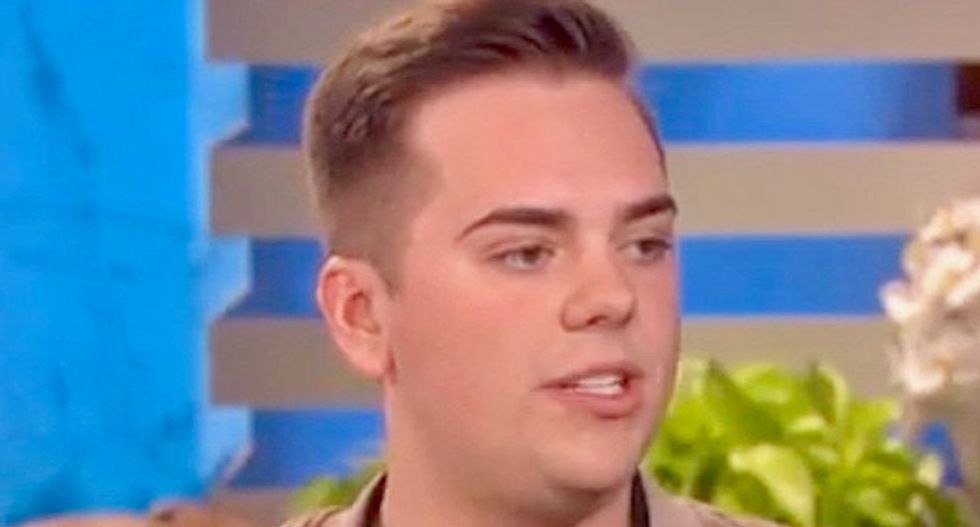 Matthew Easton, the Brigham Young University valedictorian who came out during his graduation speech last week sat down with Ellen DeGeneres in an interview that airs Monday. Easton told classmates, friends, family, and faculty, "I am proud to be a gay son of God."

Easton, in a clip DeGeneres posted to Instagram (below) tells Ellen the reason he came out during his speech, and how one classmate's tragic suicide, the result of anti-gay bullying, motivated him.

He tells Ellen that his Mormon university, BYU, has an honor code that he would have violated had he come out earlier.

"I chose to honor a student named Harry Fisher," Easton says. "It was his last semester and he decided to come out on Facebook. And because of the rhetoric and sort of response that he got from our community, he actually ended up committing suicide," Easton explains.

As he got choked up, Easton says Fisher sat right in front of him.

"I thought, 'Is that my future? Is that what I'm headed toward?' So I thought, if I came out at graduation, maybe a student like me, a freshman, could see, you know, my future is something brighter."

"It's something better. We can succeed. We can do what we want to accomplish, our dreams."

This valedictorian came out in front of his entire class at BYU. I couldn’t wait to talk to him. Tomorrow.