WATCH: Profanity-spewing racist calls cops on Latina teen for ‘taking a parking spot from a US citizen’ 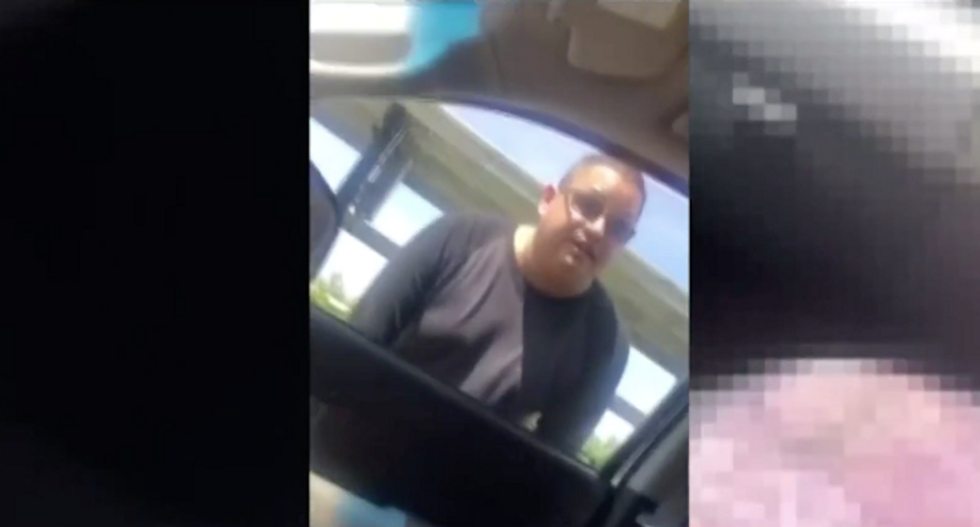 A teenager in Elk Grove, California, was the target of an abusive, racist tirade by an older man, reports CBS13.

In the latest racially charged incident caught on camera and uploaded to social media, the man approached the teenager, wanting to know if she was his Uber. When she said no, he proceeded to berate her about her citizenship status.

"I am a U.S. citizen," the distraught teen tells the man in the video.

"Prove it!" the man demands.

"Why would I have to prove it to you?" the teen asks.

"You're not going to fucking do this to U.S. citizens anymore," he continues.

"You're fucking taking a parking spot from a U.S. citizen."