Who is Don McGahn? 5 things you need to know about Trump's former White House counsel 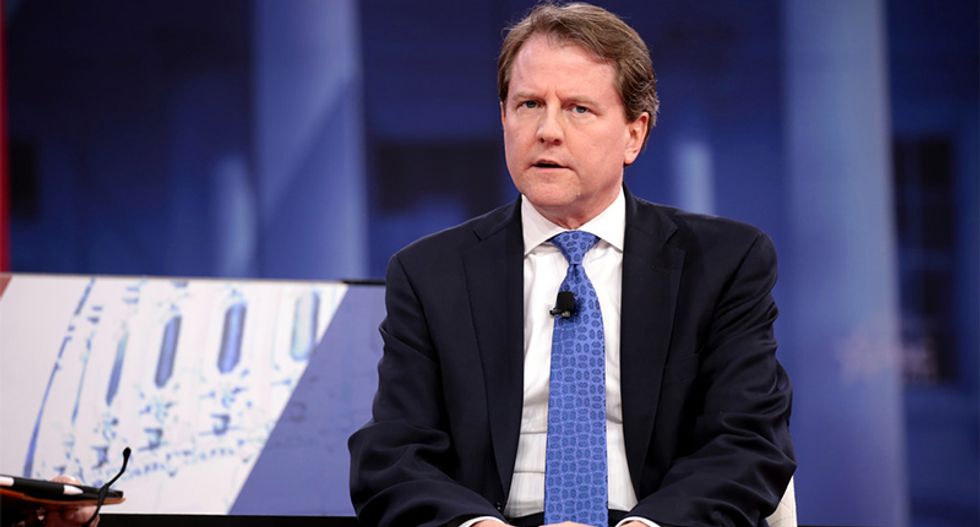 President Donald Trump has suggested we will try to block former White House counsel Don McGahn from testifying before Congress about allegations he made to special counsel Robert Mueller.

McGahn spent 30 hours testifying before the special counsel's team, and he was a key witness in the Mueller report's findings on Trump's possible obstruction of justice -- and the president has said he intends to prevent the former official from telling Congress what he saw in the White House.

Democrats have set a deadline for Tuesday at 10 a.m. for McGahn to turn over 36 types of documents subpoenaed by the House Judiciary Committee, and they have given him until May 21 to testify before legislators.

Here are five things you need to know about McGahn, who left the White House in October after overseeing the confirmation battle for Supreme Court Justice Brett Kavanaugh:

1. McGahn told the special counsel team that Trump called him on two occasions to tell him "Mueller has to go," and instructing him to notify deputy attorney general Rod Rosenstein of his decision -- actions he considered to be "crazy sh*t." The White House counsel was prepared to resign in protest until Reince Priebus and Steve Bannon, then serving in the White House as chief of staff and chief strategist, respectively, convinced him to stay on.

2. After those efforts were made public, Trump asked McGahn to deny a New York Times report showing that he directed him to remove Mueller, according to the special counsel's findings. The president directed other White House officials to have McGahn create a record stating that he had not been ordered to have the special counsel removed, and Trump met with McGahn in the Oval Office and pressured him to deny the report. McGahn refused to do this, and believed Trump may have been testing him.

3. Trump angrily confronted McGahn over then-attorney general Jeff Sessions, who had recused himself from overseeing the Russia probe over his own unreported contacts with Russian ambassador Sergey Kislyak during the 2016 presidential campaign. McGahn refused to talk to Sessions about his decision, saying the Justice Department's ethics officials had already made their decision, and Bannon told investigators that Trump was as angry as he'd ever seen him.

4. McGahn told the special counsel's team that Trump was "beside himself" over then-FBI director James Comey's congressional testimony in March 2017, saying the law enforcement official was acting like "his own branch of government." A note from McGahn's office on Comey read, "getting hotter and hotter, get rid?" Trump then had Comey fired on May 9, 2017, and the following day discussed the ouster with Kislyak and Russian foreign minister Sergei Lavrov during a meeting in the Oval Office. "He was crazy, a real nut job,” Trump told the foreign officials. “I faced great pressure because of Russia. That’s taken off.”

5. Trump reportedly wanted McGahn to ask the Justice Department to prosecute Clinton and Comey on numerous occasions, but the White House counsel refused and warned it could lead to impeachment. The president also raised the possibility of prosecuting Clinton with Rosenstein and Matt Whitaker, then-chief of staff to Sessions and later acting attorney general. Current attorney general William Barr refused to tell Sen. Kamala Harris (D-CA) whether Trump or any other White House official had suggested a Justice Department investigation into anyone.