'You think slavery was a joke?’ Trumpster Steve Cortes gets hammered for defending president's ‘reparations’ tweet 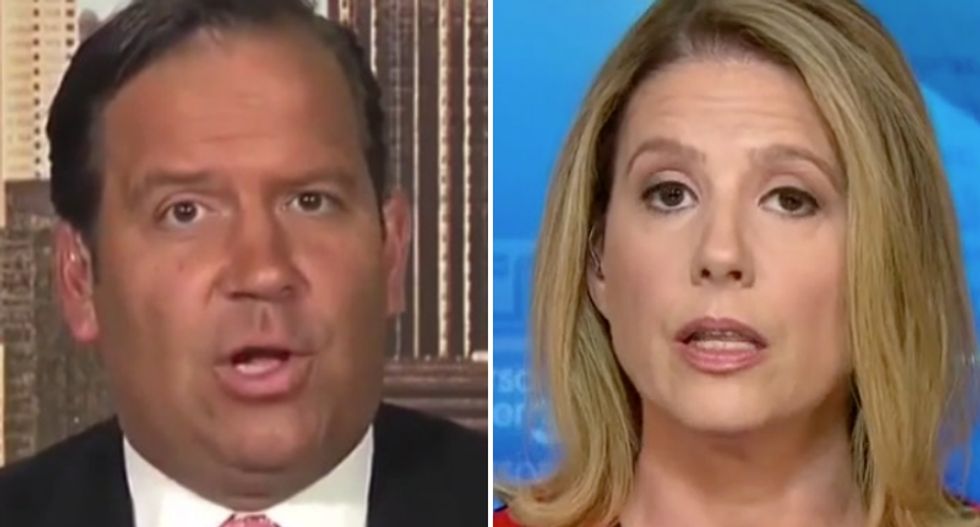 On Monday, Trump supporter Steve Cortes was hammered for suggesting that Trump was joking about reparations in a tweet.

Trump said that two years of his term were stolen because of special counsel Robert Mueller's investigation. He tweeted that he now supported "reparations."

Cortes said that it was a joked and that Trump was not being serious.

"Is it farfetched thinking that the president might challenge 2020 results if he lost?" CNN host Anderson Cooper asked.

"It’s incredibly farfetched. I can’t believe we’re talking about this quite frankly," Cortes said. "This is about character assassination."

"The problem is invoking reparations," political commentator Kirsten Powers said. "Reparations are to repay black people who were kidnapped, enslaved, and brought to the shores and built literally our entire economy and country. To invoke reparations over something like that is literally the biggest outrage of what has happened today. I don’t know how you could have done that."

"The word reparations has meaning outside of slavery," Cortes said.