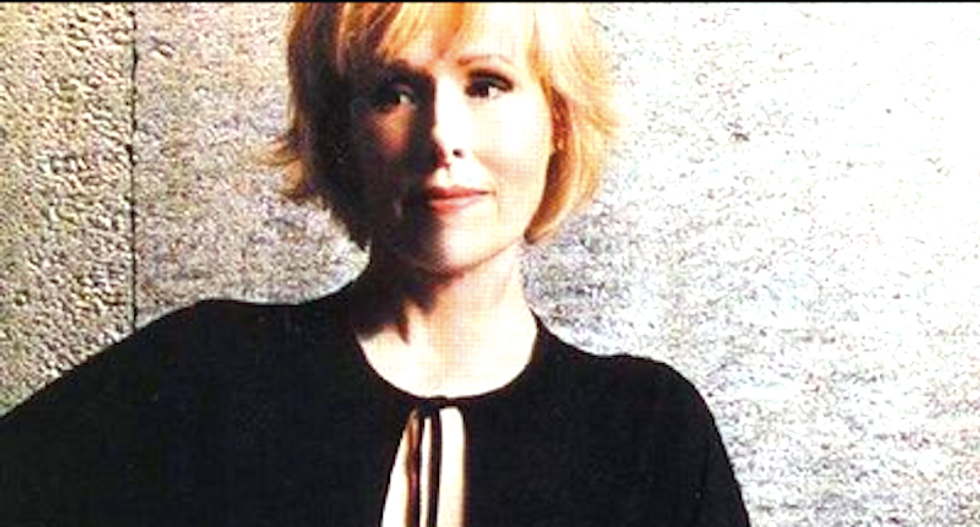 The 75-year-old Elle columnist describes the attack, along with five other sexual assaults by other men, in an excerpt from her new book, What Do We Need Men For? A Modest Proposal, published by New York Magazine.

She ran into the future president at the Manhattan department store in 1995 or 1996, and he recognized her as "that advice lady" from her "Ask E. Jean" TV show for the cable station America’s Talking, a precursor to MSNBC.

Trump asked her to help him pick out a gift for "a girl," and Carroll said they eventually made their way to the lingerie section.

Trump selected a lace bodysuit and asked Carroll to try it on, and they exchange jokes after she suggests he try it on instead.

"This is gonna be hilarious, I’m saying to myself," Carroll wrote, "and as I write this, I am staggered by my stupidity. As we head to the dressing rooms, I’m laughing aloud and saying in my mind: I’m gonna make him put this thing on over his pants!"

"The moment the dressing-room door is closed," she said, "he lunges at me, pushes me against the wall, hitting my head quite badly, and puts his mouth against my lips. I am so shocked I shove him back and start laughing again. He seizes both my arms and pushes me up against the wall a second time, and, as I become aware of how large he is, he holds me against the wall with his shoulder and jams his hand under my coat dress and pulls down my tights."

Carroll recalled with astonishment that she kept laughing as the situation escalated.

"The next moment, still wearing correct business attire, shirt, tie, suit jacket, overcoat, he opens the overcoat, unzips his pants, and, forcing his fingers around my private area, thrusts his penis halfway — or completely, I’m not certain — inside me," Carroll wrote. "It turns into a colossal struggle. I am wearing a pair of sturdy black patent-leather four-inch Barneys high heels, which puts my height around six-one, and I try to stomp his foot. I try to push him off with my one free hand — for some reason, I keep holding my purse with the other — and I finally get a knee up high enough to push him out and off and I turn, open the door, and run out of the dressing room."

Carroll is now at least the 16th woman to accuse the president of sexual misconduct.

She told two friends about the attack at the time, and New York verified her claim with both friends, who are journalists, but the White House denied Carroll's accusations.

“This is a completely false and unrealistic story surfacing 25 years after allegedly taking place and was created simply to make the President look bad," said a senior White House official.