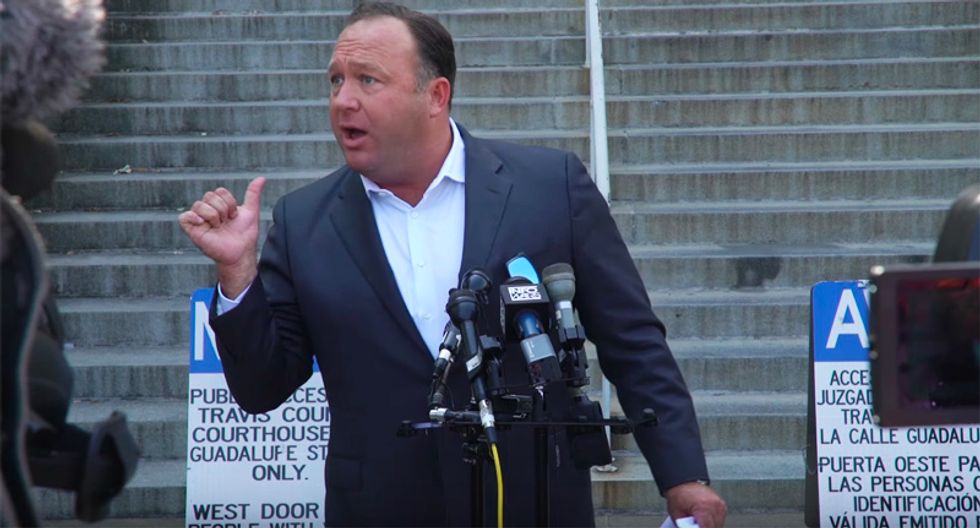 Correction: A previous version of this story failed to note that Alex Jones disputes the accuracy of the transcript provided to court.

Alex Jones is dealing with ongoing legal battles with families of victims and survivors of the Sandy Hook Elementary School shooting.

Jones is being accused of sending child pornography to the families' lawyers and leading an ongoing attack on the families using his InfoWars network. In a legal document filed this week, attorneys for the families claimed that Jones had referred to attorney Chris Mattei of Koskoff Koskoff & Bieder as a "little white Jewboy."

Jones, however, maintains that the transcript provided by his legal rivals is incorrect.

It was the child pornography that prompted Jones launch his attack on the attorney. During the discovery phase of the trial, Mattei found the images in documents he received from InfoWars and contacted the FBI, which he is required to do by law.

Jones is later quoted in the transcript as saying: "'Cause your own buddies are going to turn you in, and you're going to go to prison, you little white Jewboy jerk-off. Son of a bitch."

But Jones claims he said "white-shoe boy" -- a phrase that InfoWars has used in the past.