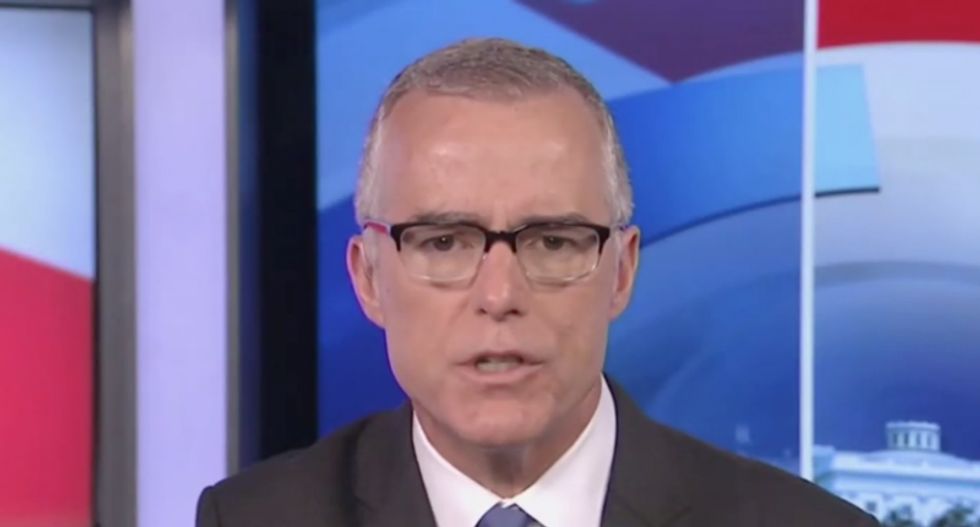 On Wednesday evening, the president smeared McCabe, with Trump calling him "terrible" and saying he couldn't do anything -- including go to the bathroom -- without former FBI Director James Comey's permission.

Given a chance to respond by CNN's John Berman, McCabe didn't hold back.

"You know, I've been listening to the president say insanely stupid things for years now about me personally, about my organization, and about the investigation, we undertook to find out if the president posed a threat to national security," McCabe began. "I won't get down in the weeds with the president and exchange insults on Twitter or TV or anywhere else, but the question we should be asking is: why do we have a president who feels necessary to attack individuals? Individuals -- private citizens, individuals who serve in our government -- to attack personally when he's scared of the truth that they have to offer."

"What do you suspect the answer is?" Berman pressed.

"I think we've all seen now with the release of the Mueller report that there was a substantial reason to believe that the president and those around him conducted themselves inappropriately and in many cases illegally" he added. "The Mueller investigation, the special counsel investigation resulted in numerous convictions of the president's associates. So it was very clearly not a witch hunt."

McCabe later called on Congress to begin impeachment hearings on the president.