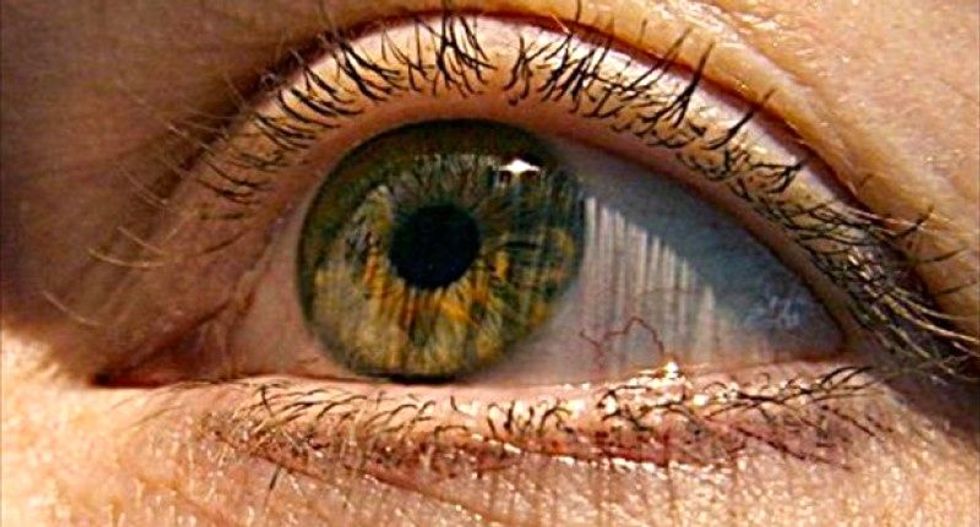 You may be familiar with the idea that your gut and skin are home to a collection of microbes – fungi, bacteria and viruses – that are vital for keeping you healthy. But did you know that your eyes also host a unique menagerie of microbes? Together, they’re called the eye microbiome. When these microbes are out of balance – too many or too few of certain types – eye diseases may emerge.

With a recent study showing bacteria live on the surface of the eye and stimulate protective immunity, scientists are beginning to discover the microbial factors that can be exploited to create innovative therapies for a range of eye disorders like Dry Eye Disease, Sjogren’s Syndrome and corneal scarring. One day it may be possible to engineer bacteria to treat eye diseases in humans.

I’m an immunologist studying how the eye prevents infection. I became interested in this field because humans get only two eyes, and understanding how bacteria affect immunity may be the key to avoiding up to 1 million visits to the doctor for eye infections and save US$174 million per year in the U.S. alone.

When discussing the microbiome, most scientists usually think of the gut, and deservedly so; researchers think one colon can harbor more than 10 trillion bacteria. That being said, more attention is now being focused on the impact microbiomes have at other sites, including the skin, and areas with very few bacteria, like the lungs, vagina and eyes.

For the last decade, the role of the microbiome in ocular health was controversial. Scientists believed that healthy eyes lacked an organized microbiome. Studies showed that bacteria from the air, hands or eyelid margins could be present on the eye; however, many believed these microbes were simply killed or washed away by the continual flow of tears. 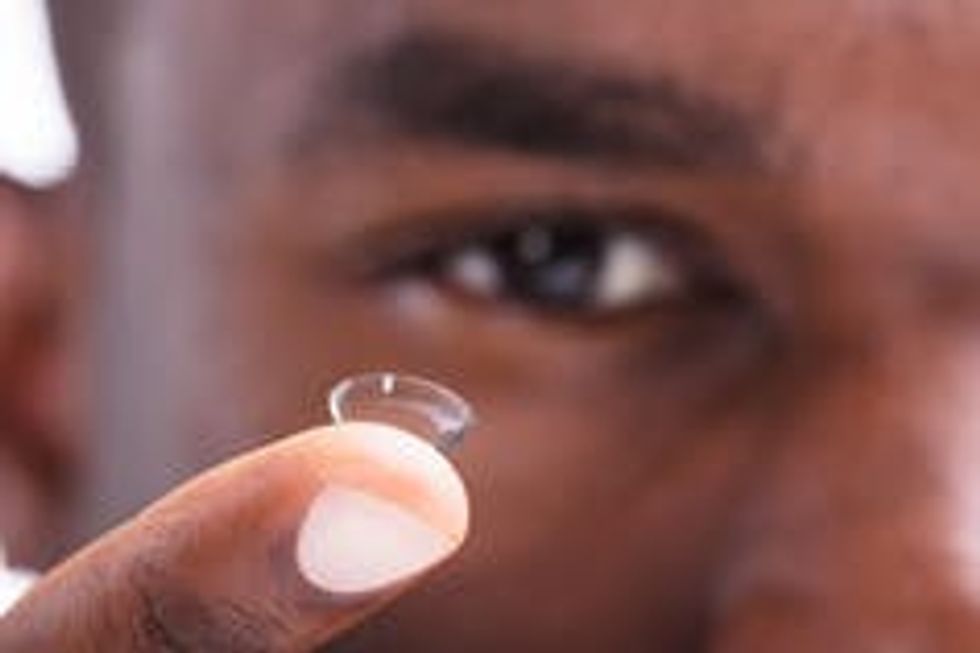 Only recently have scientists concluded that the eye does, indeed, harbor a “core” microbiome that appears dependent on age, geographic region, ethnicity, contact lens wear and state of disease. The “core” is limited to four genera of bacteria Staphylococci, Diphtheroids, Propionibacteria and Streptococci. In addition to these bacteria, torque teno virus, implicated in some intraocular diseases, also counts as a member of the core microbiome as it is present on the surface of the eye of 65% of healthy individuals.

This suggests that doctors should think more deeply about the risks and benefits to the microbiome when prescribing antibiotics. The antibiotics may kill bacteria that are providing a benefit to the eye.

In a recent study spanning more than a decade and including more than over 340,000 patients in the U.S., the authors found that antibiotics were used to treat 60% of acute conjunctivitis (pink eye) cases. But viral infections are the most likely causes of pink eye, and not treatable with antibiotics. More striking, even cases caused by bacteria often resolve in 7-10 days without intervention. It is well known that excessive or inappropriate antibiotic use can disrupt the microbiome, leading to infection, autoimmunity and even cancer.

Within the past decade, studies assessing the eye microbiome and disease have boomed. They’ve generated an immense amount of data, but most of it is correlative. This means that certain bacteria have been linked to certain diseases, like Sjogren’s Syndrome or bacterial keratitis. However, whether these bacteria are causing these diseases is still unknown.

During my time at the National Eye Institute, I used mice to identify whether bacteria at the surface of the eye could stimulate an immune response to protect the eye from blinding pathogens like the bacterium Pseudomonas aeuruginosa. 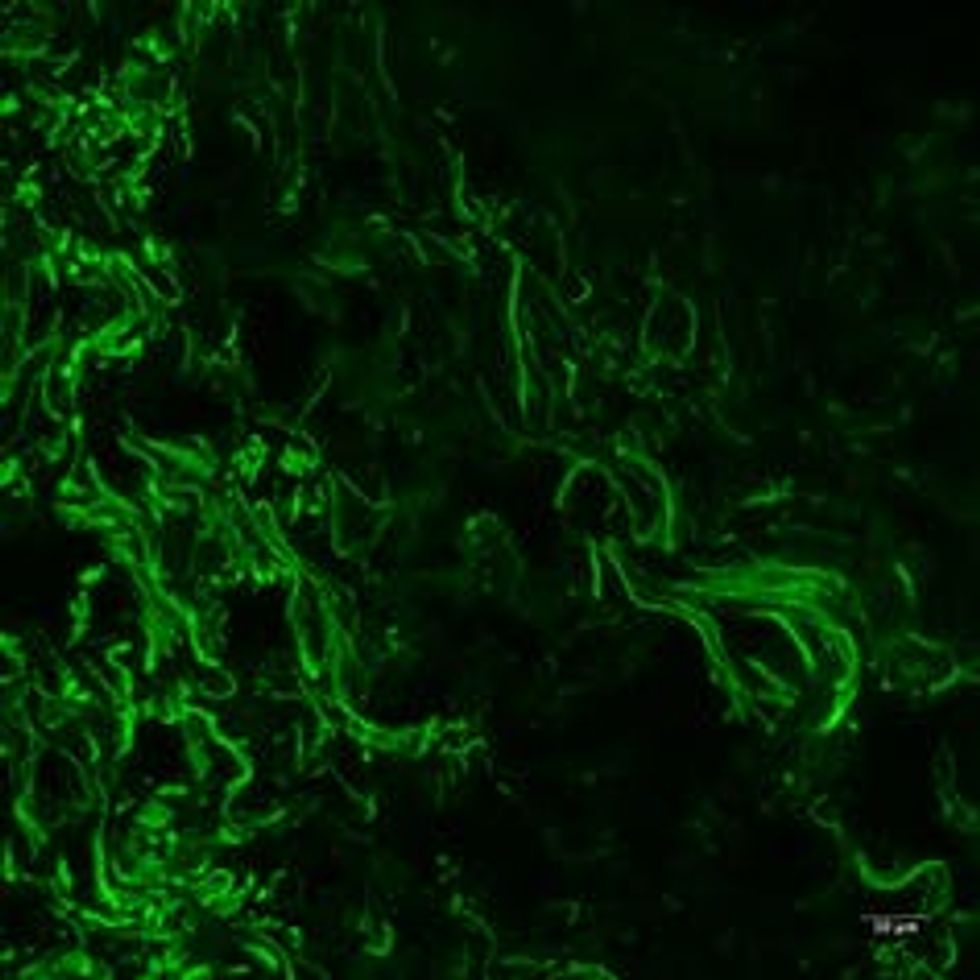 C. mast bacteria (green) living on the surface of a mouse eye.

In 2016, ocular immunologist Rachel Caspi at the National Eye Institute and I hypothesized that protective bacteria were living near or on the eye. Indeed, we found a resident bacterium, Corynebacterium mastitidis (C. mast), that stimulates immune cells to produce and release antimicrobial factors that kill harmful microbes into the tears.

Through a series of experiments, the Caspi lab was able to show for the first time a causal relationship between C. mast and a protective immune response. Whenever C. mast was present on the eye surface, mice were more resistant to two species of bacteria known to cause blindness: Candida albicans and Pseudomonas aeuruginosa.

Now, in my lab, we would like to exploit this relationship between C. mast and ocular immunity to develop novel therapies to prevent infection and possibly target more widespread diseases like Dry Eye Disease. 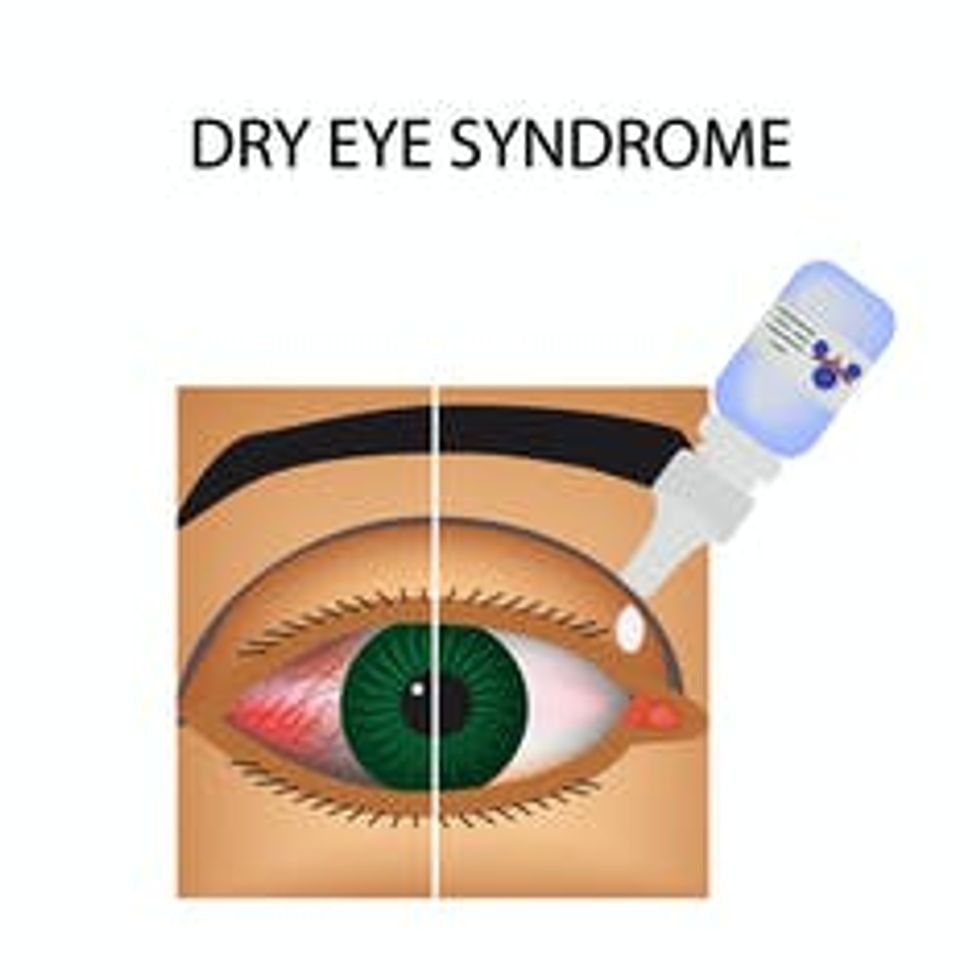 Future therapies to treat dry eye disease may contain microbes engineered to live on the eye and supply therapeutic chemicals.

The first step toward developing such therapies is figuring out how bacteria colonize the eye. For this, my lab is collaborating with the Campbell Laboratory at the University of Pittsburgh, which houses one of the most extensive collections of human ocular bacteria in the country. With our unique experimental setup with mice and advanced genetic analyses, we can use this microbial library to begin to identify specific factors required for the microbes to colonize the surface of the eye.

Then, with ophthalmologists and optometrists in the UPMC Eye Center, we are beginning to analyze the immune signatures within the eyes of healthy and diseased patients. Here, our hope is to use this technology as a new diagnostic tool to target the microbes causing disease rather than immediately treating infections with broad spectrum antibiotics that kill the good microbes too.

Finally, one of our loftier goals is to genetically engineer eye-colonizing bacteria to act as long-term delivery vehicles to the surface of the eye. In the gut, genetically modified bacteria have been shown to alleviate diseases like colitis.

We hope that this new “prob-eye-otic” therapy would act to secrete immune regulating factors, which would limit symptoms associated with conditions like Dry Eye Disease, which affects around 4 million people in the U.S. per year.