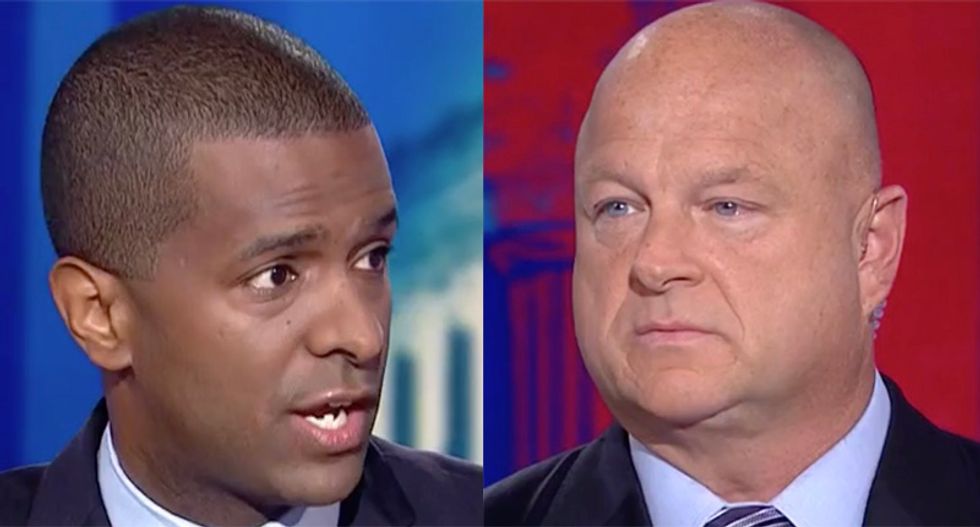 A CNN "State of the Union" panel broke down into a shouting match on Sunday morning as one of Donald Trump's most avid defenders accused Democrats of what contributor Barari Sellers called "crazy right-wing talking points."

Discussing the two Democratic debates, Trump defender David Urban started ticking off positions he ascribed to the whole party after stating, "What are you people talking about? Like, this Democratic field cannot get further to the left of one another. There is nobody up there that will beat Donald Trump, I promise you that. "

As Urban insisted that all of the potential Democratic nominees are in favor of abolishing ICE, getting rid of all private insurance and open borders, the panel blew up with exclamations of disbelief and dismay, before Sellers cut through the chatter.

"Nobody said that," Sellers cut in. "Look, if you're going to spew right-wing talking points then I have to correct you."

With that, Sellers went candidate by candidate explaining their positions as Urban tried to talk over him, with Seller's once again calling his protestations, "crazy right-wing talking points."