Boston is one step closer to welcoming a ‘straight pride’: Milo Yiannopoulos to serve as grand marshal 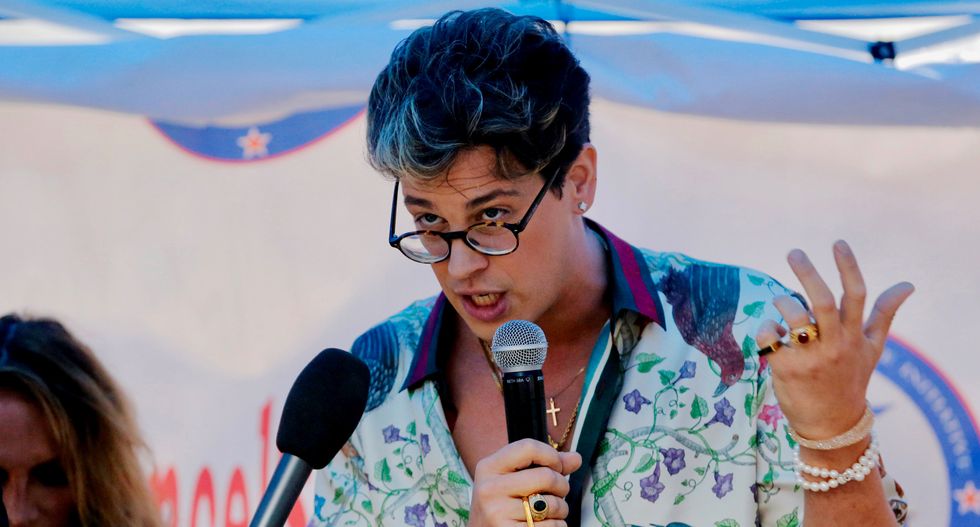 Milo Yiannopoulos speaks to a group protesting against CUNY’s decision to allow Linda Sarsour, a liberal Palestinian-American political activist, to speak at this year’s commencement in New York, U.S., May 25, 2017. REUTERS/Lucas Jackson

Beantown is one step closer to welcoming a "Straight Pride" to its masses after City officials approved the organizers' public event application Thursday. The next step is the permitting process involving police district captains and the licensing board. An entertainment license is also being anticipated.

The Straight Pride Parade is being organized by Super Happy Fun America. John Hugo, the group's organizer, told CNN the event is "not anti-gay but pro-straight."

"We are disappointed that celebrities and politicians including Whoopi Goldberg, Chris Evans, Stephen Colbert, Bill Maher, Alexandria Ocasio Cortez, and Eric Swalwell have chosen to use their power and privilege to fan the flames of intolerance by disparaging our young civil rights movement," the website stated. "However, we are encouraged by all the support we have received from around the world. The parade is a festive occasion that will be used as a platform to educate the public on the unique problems facing our community and to fight against heterophobia"

Evans, who stars as Marvel's Captain America, blasted the group of men planning to hold a "Straight Pride" parade in his hometown of Boston as "homophobic" on Wednesday.

The Marvel star took to Twitter to write, "Wow! Cool initiative, fellas!! Just a thought, instead of 'Straight Pride' parade, how about this: The 'desperately trying to bury our own gay thoughts by being homophobic because no one taught us how to access our emotions as children' parade? Whatta ya think? Too on the nose??"

Boston Mayor Marty Walsh has verbalized his intent to skip the event if the application and permit are approved.

The organizers' website depicts a purple and blue background "Straight Pride flag" with male and female sex symbols appearing. The flag will not fly at the City level.
"The city maintains that its flag poles are a forum for government speech. As such, the city maintains selectivity and control over the messages conveyed by the flags flown on our flag poles, and has chosen not to display the 'Straight Pride' flag."
Hugo said Milo Yiannopoulos will serve as the grand marshal for the event and 2,000 attendees are expected.
"The city has assured me that if we follow the steps, it will go through," said Hugo.

The event date is slated for August 31 from noon to 3 p.m., according to the application. It would start on Boylston and Clarendon Streets and proceed along Boylston to Tremont.