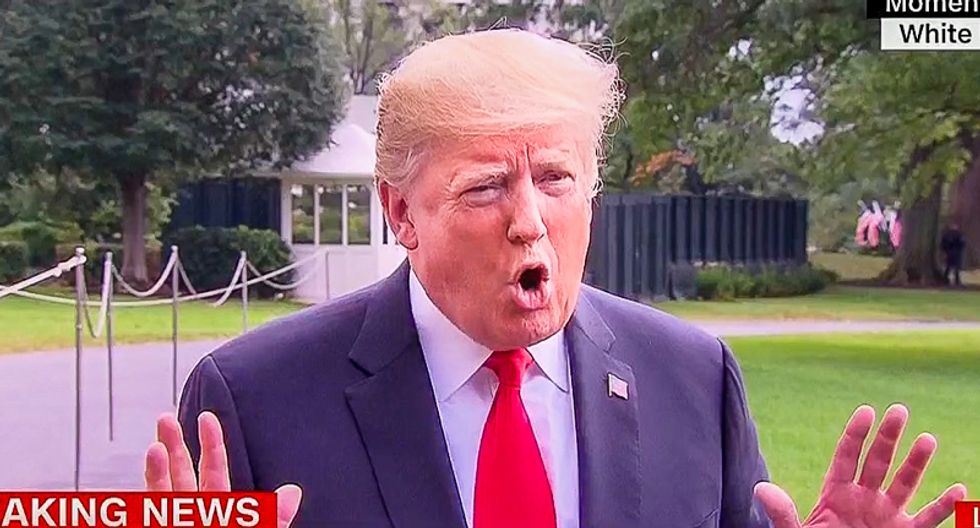 President Donald Trump this week dismissed reports that his own campaign's internal polling had him losing badly to former Vice President Joe Biden -- and he even accused reporters of fabricating polls to make him look bad.

However, ABC News has obtained a copy of the campaign's polling that does in fact show him losing to Biden in key swing states.

All told, the campaign's polls had Trump losing to Biden in Pennsylvania by 16 points, while also losing Wisconsin and Florida by ten points and seven points, respectively.

Even more ominously, the poll put Biden within striking distance in Texas, where the president maintained just a two-point lead in a hypothetical match up with the former vice president.

Trump campaign manager Brad Parscale confirmed that the polls were real -- but he dismissed them as old news and claimed they were conducted three months ago.

"These leaked numbers are ancient, in campaign terms, from months-old polling that began in March before two major events had occurred: the release of the summary of the Mueller report exonerating the President, and the beginning of the Democrat candidates defining themselves with their far-left policy message," Parscale claimed.

He also claimed that he had since seen a large swing in the president's favor -- despite the fact that Trump's approval ratings are roughly where they were before the release of the Mueller report.