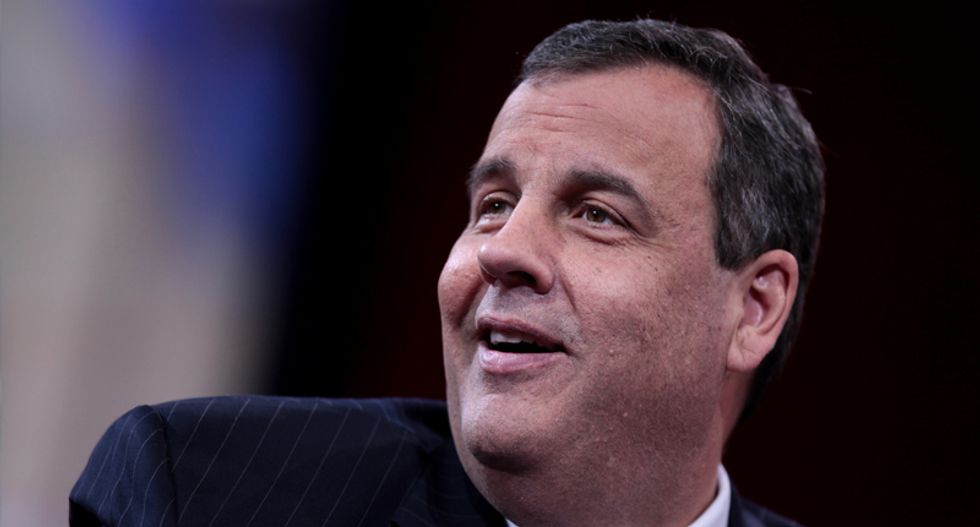 Chris Christie doesn't agree with anything President Donald Trump does or says -- but he's still voting for him in 2020.

The former New Jersey governor ticked off a list of reasons he opposed most of the consequential actions Trump has taken through nearly two and a half years in the White House, and he was hard-pressed to justify his intent to vote for a second four-year term, reported The Atlantic.

Christie tried to convince a crowd at the Aspen Ideas Festival that his support for Trump was morally and logically defensible, according to the magazine, but he was unable to offer much of a defense for his choice.

Instead, he criticized Trump's temperament, his tweets, his outbursts and his sense of entitlement, and he complained about the "awful people" the president had surrounded himself with since sacking Christie as head of his transition team.

"(That was) a rolling sh*t show," Christie said of the transition period overseen by Vice President Mike Pence.

Christie also disagreed with selecting Reince Priebus as White House chief of staff and keeping Steve Bannon around after the 2016 campaign, and he said Jeff Sessions was an incompetent attorney general.

“And what the hell was Omarosa doing in the White House?” Christie said.

He's worried about Trump's ignorance of foreign policy and national security matters, and he disagreed with his Muslim ban, child separation policy and defense of white nationalists at Charlottesville.

But he's sticking with the president because he's a Republican, and that's what Republicans do.

"(The best thing to do) is to run and to try to beat that person," said Christie, who admitted he wouldn't vote for any of the Democratic challengers.