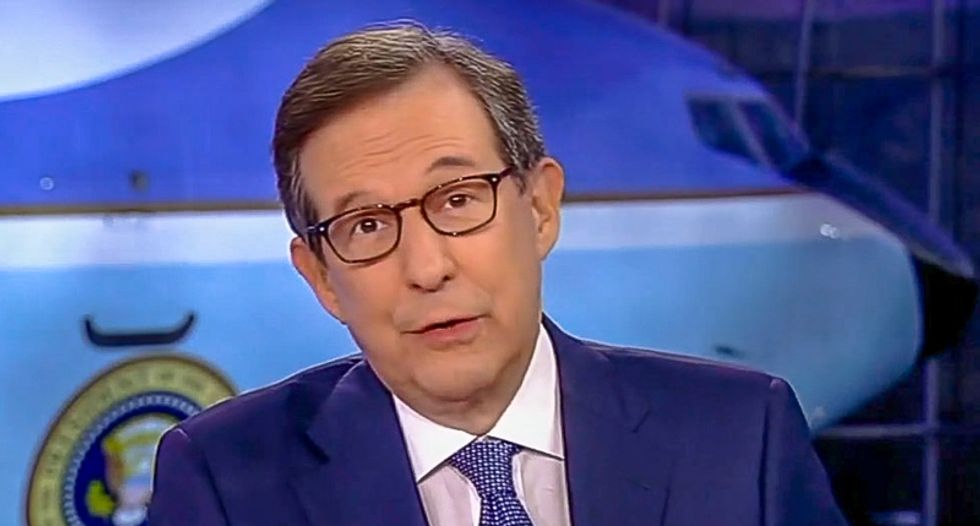 Making a guest appearance on Friday afternoon for his perspective on the almost-attack on Iran, Fox News host Chris Wallace questioned Donald Trump's claim that he called off the military assault just minutes before it was slated to happen because he only then was informed about possible casualties.

Speaking with host Sandra Smith, Wallace claimed that any discussion about military retaliation -- including its impact on infrastructure as well as the human cost -- would certainly have been the primary topic earlier in the day.

"What did you make when you learned this morning via tweet from the president that he did confirm that he called off those strikes when they learned of the casualties?" Smith asked.

"I have to say, I think it raises many questions," Wallace explained. "First of all, we know there was a big National Security Council meeting with the president yesterday where they discussed all of this, and usually the Pentagon is very sophisticated in being able say, 'here are various target packages, here’s what we would hit, here’s what the collateral damage would be.' And any discussion of what collateral damage in terms of the debts on the ground would be is discussed at that point before the president gives a new order as to what various targets he wants to hit."

"So the idea that 10 minutes before the strike the president says 'how many people are going to be killed if we go ahead with those strikes?' that usually is discussed in depth a great deal before that -- hours before that, which raises the question: this is a president who on the one hand talks very tough and has ordered strikes in the past, missile attacks against Syria for the use of chemical weapons but has also made it clear in that photo op yesterday that he does not want to get the U.S. more deeply involved in endless wars," he continued.

"A war with Iran would be a very ugly and prolonged conflict," Wallace told the host. "So it does raise the question: does the president have the stomach to get deeply involved perhaps in a confrontation with Iran?"