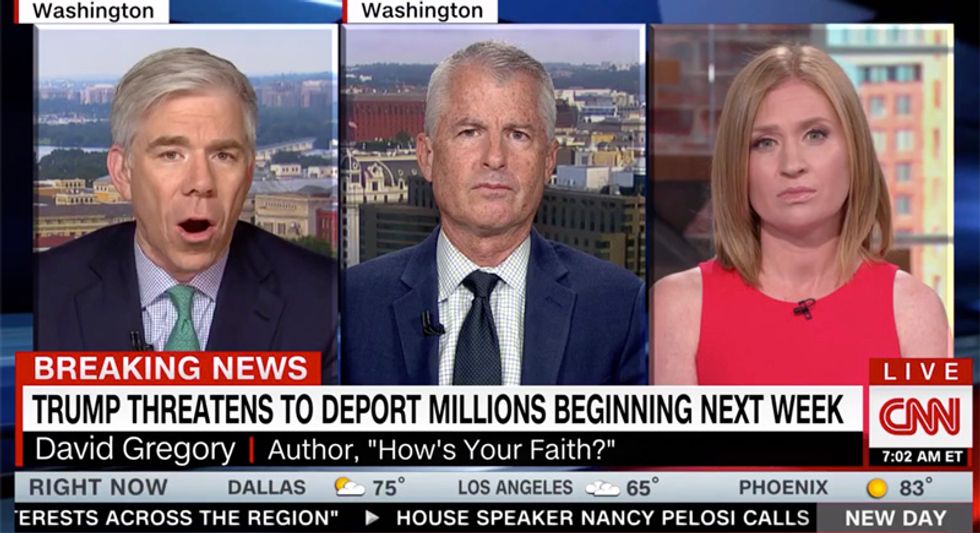 The panel on CNN's New Day cast a jaundiced eye at a threat Donald Trump made on Monday night where he threatened mass arrests of millions of immigrant families as part of an ICE operation.

On Twitter, the president wrote: "Next week ICE will begin the process of removing the millions of illegal aliens who have illicitly found their way into the United States. They will be removed as fast as they come in. Mexico, using their strong immigration laws, is doing a very good job of stopping people."

According to one panelist on CNN, the president's threat was timed as a political stunt, with the contributor Jackie Kucinich calling it "rally-fodder" before his Orlando campaign kickoff.

CNN contributor Phil Mudd was dismissive of the whole suggestion that millions could be rounded up saying it was not logistically possible.

"I think this is about the president saying we're going to conduct an operation, maybe they pick up a few thousand people -- a minor air gap between a few thousand and a few millions, "he continued. "This is about messaging, it's not actually about a security operation. There's no way you can pick up that number of people. No way."