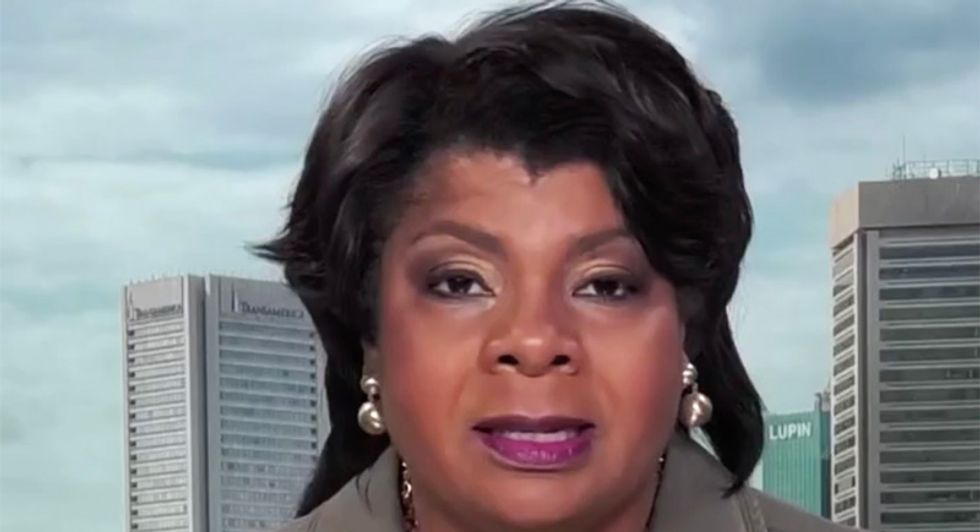 Appearing on CNN's "New Day" on Sunday morning, contributor April Ryan slammed Donald Trump Jr. for sharing -- and then deleting -- a tweet questioning California Democrat Sen. Kamala Harris' heritage and said it may be the first shot in a Trumpfamily  birther attack on the possible Democratic presidential nominee.

Speaking with host Victor Blackwell, Ryan cast a jaundiced eye at the tweet by President Donald Trump's son, saying it was just another example of the racism ingrained in the family.

"So, April, it seems like we're going to see this again and maybe it suggests that they take Kamala Harris a little more seriously than they did before Thursday's debate," Blackwell suggested.

"I'll be quite frank, my MVP is for first round of those debates, for the first debate was Julian Castro and the second debate, Kamala Harris," Ryan began. "She came out to win no matter what she had to do and President Trump saw that. That's one of the reasons why he downplayed her performance."

"What does the president do when it is a black woman?" she asked. "He diminishes them. Now his son, Donald Jr. got in on it. President Trump started his politics, if you will, or becoming this political player on birtherism -- questioning the legitimacy of then-President Barack Obama who was born of a white woman from the United States and a Kenyan, but born in Hawaii even though the president may not realize Hawaii is part of the 50 states."

"For them to do this, and they want the black vote, it is atrocious," she exclaimed. "You just can't do that. Kamala Harris is a black woman in America, and they don't understand that there are a large number of mixed race people in this nation who are black."