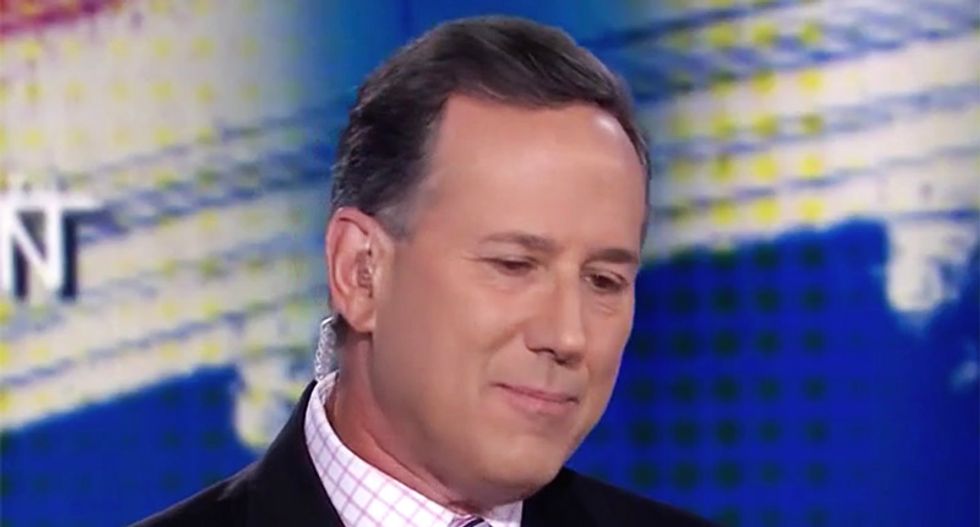 CNN analyst Rick Santorum stepped in it on Sunday morning after he tried to dismiss Donald Trump's comments about accepting foreign help, with the former GOP senator claiming it never happens.

That made the entire "State of the Union" panel bust out laughing while shouting over each other to remind him of Donald Trump Jr's meeting with Russian operatives at Trump Tower in 2016.

Asked about the Trump comments, the former Republican senator rolled his eyes at the notion of Russians making overtures to presidential candidates.

"That is not how it would come," Santorum asserted. "No foreign government could come to your campaign and say 'I'm the Russian government --'" he began before the entire panel exploded.

Speaking above the laughter, host Tapper informed the Republican, "They did. The Russian government lawyer went to Don Jr. and said they had dirt."

"Again, someone who said that -- oh, I'm representing the --," the abashed Santorum began before stating, "You get people saying all sorts of crazy things in the campaign that come at you. And the idea that someone who said they represent the Russians actually does -- they may or may not."

"That's not the right answer, " he was advised.