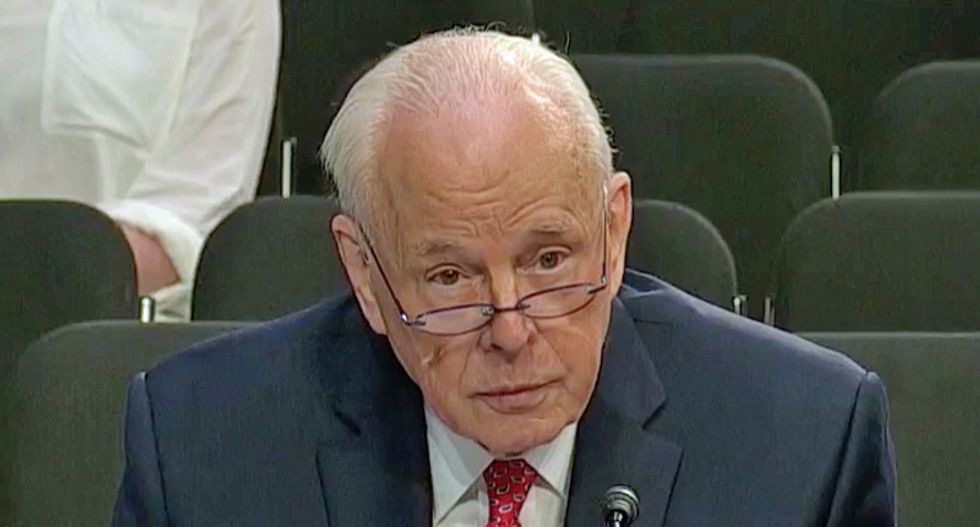 On Tuesday, John Dean, White House Counsel under Richard Nixon and a key player in the Watergate hearings, testified before Congress, blowing up the Trump administration's official story on the Mueller report.

Dean was accompanied by law professors Joyce White Vance and Barbara McQuade, who also undercut the claim that the Mueller report exonerates the president.

Writing in The Washington Post, conservative columnist Jennifer Rubin praised the attorneys for their testimony and ripped into Republicans trying to obscure the truth. She noted that Dean had been "elegant and restrained" despite the "unhinged Republican committee members."

"First, Republicans must obscure the report and lie about its contents since it has no real defense to Trump’s conduct. The amount of evidence is extensive. McQuade argued that this was worse than Watergate; Vance reaffirmed that this was not a close call and that there was substantial evidence of criminality."

"Second, all witnesses and a number of congressmen made the strong case that McGahn’s testimony is essential. Third, this is the beginning of a process that will, if committee chairman Jerrold Nadler (D-N.Y.) is successful, include fact witnesses who can bring to life what the panel explained on Monday."

Rubin concludes that Trump is hardly in the clear, regardless of whether Democrats impeach.

"Whether it changes public opinion sufficiently to encourage Democrats to move to impeachment is unknown, but if part of the task here is to make an historical record, Democrats have certainly succeeded," she writes.

"And if Trump is paying attention, he’ll want to get a pardon before leaving office; there are about 1,000 prosecutors who’d love to take up the case for which Mueller has documents."