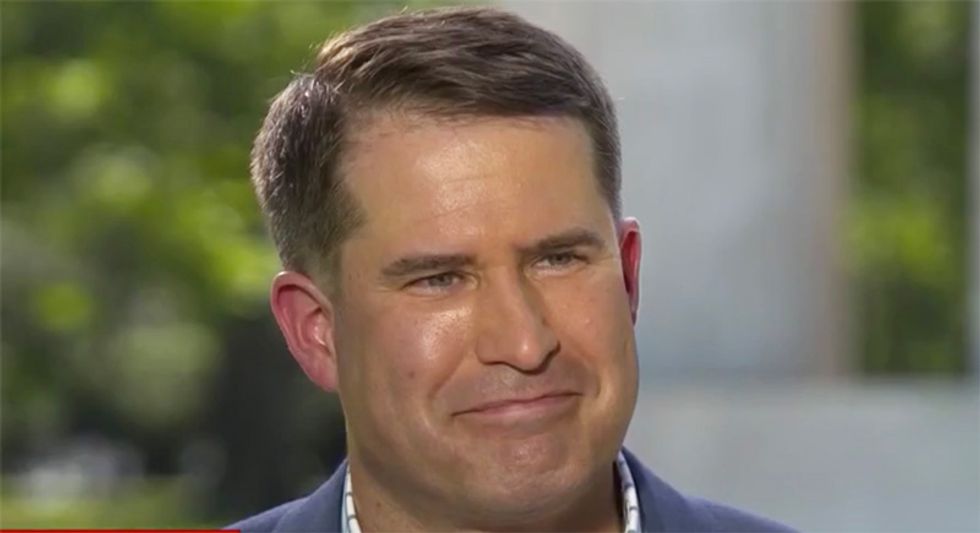 Appearing on CNN to talk about his experience serving in battle as part of the U.S. Marines -- and his resulting post-traumatic stress -- Rep. Seth Moulton (D-MA) called out President Donald Trump and his National Security Adviser John Bolton for threatening war after getting through life avoiding the draft and military service.

Speaking with host Jake Tapper, Moulton detailed what it was like to serve overseas, but then talk turned to the possibility of yet another war in the Middle East.

"The parallels between how the Bush Administration pushed us into war with Iraq and how the Trump Administration under a draft-dodging commander-in-chief is pushing us into war with Iran parallel with Vietnam with what Bolton and [Secretary of State Mike] Pompeo are trying to do," Moulton explained. "[That's] put enough troops in the gulf that there's a good chance there will be the kind of interaction, an altercation that set off Vietnam, that that will set off war with Iran."

"It's been very clear from things that the secretary of state in particular has said that that's what he hopes happens," he continued. "Bottom line is, we have a commander-in-chief who is not tough enough, doesn't have the credibility to stand up to these chickenhawks."

"Who are you calling a chicken hawk specifically?" Tapper pressed.