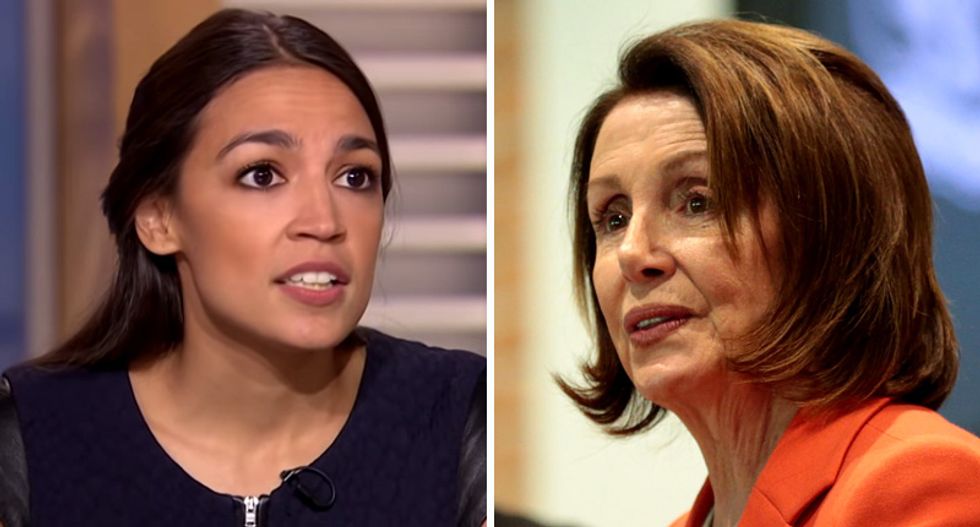 Competing factions with the Democratic Party openly fought each other over a bill funding President Donald Trump's border crackdown.

On one side are members of the House Progressive Caucus who faced off against the conservative members of the Problem Solvers Caucus, the Blue Dogs and the New Democrats Caucus.

"Democrats broke into open warfare Thursday over Speaker Nancy Pelosi’s surrender to the Senate’s emergency border aid package, with the caucus’s long-simmering divide between progressives and centrists playing out in dramatic fashion on the House floor," Politico reported. "Some lawmakers even resorted to public name-calling, with progressive leader Rep. Mark Pocan (D-WI) accusing moderate Democrats of favoring child abuse — an exchange on Twitter that prompted a pair of freshmen centrists to confront him directly on the floor, with other lawmakers looking on in shock."

Speaker Nancy Pelosi was heavily criticized for caving on the issue after a promise from Vice President Mike Pence and Senate Minority Leader Chuck Schumer was slammed from throwing House Democrats "under the bus."

The co-chair of the House Progressive Caucus led the charge.