Do Republicans really want Mueller to testify — or is it all part of the GOP’s disinformation campaign? 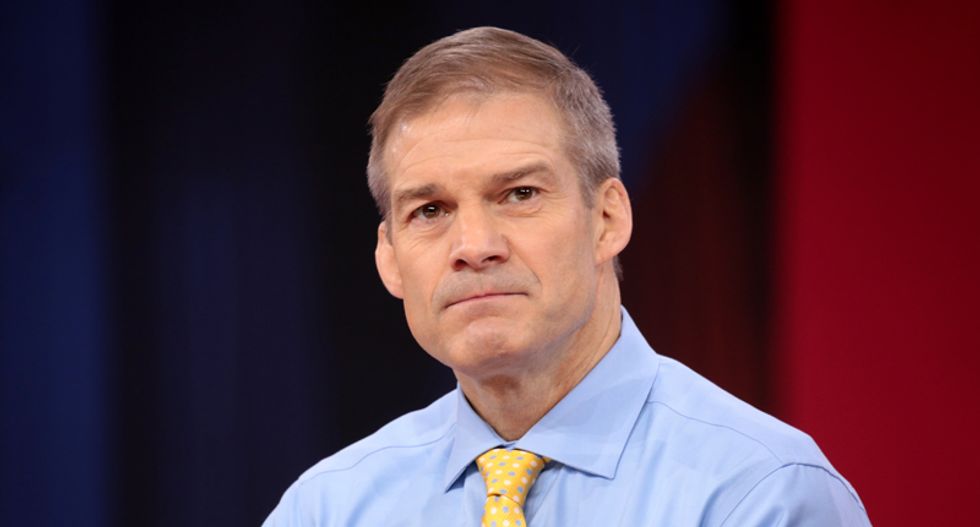 Whether they are in favor of impeaching President Donald Trump or adamantly opposed to it, one thing most Democrats in the House of Representatives have in common is a strong desire to see former special counsel Robert Mueller testify before Congress. And according to a report by Sam Stein and Asawin Suebsaeng for the Daily Beast, there are some Republican Trump allies who hope to see that happen as well — albeit for very different reasons. While Democrats would use testimony from Mueller to try to discredit Trump, Republicans would, according to the Beast, try to discredit Mueller himself.

Stein and Suebsaeng note that although Trump has said he doesn’t want Mueller to testify before Congress, one Trump ally in the GOP who is now very much in favor of Mueller testifying is Rudy Giuliani — a personal attorney for the president, former mayor of New York City and a 2008 Republican presidential candidate. Giuliani believes that testimony from Mueller could be great for Trump, and he would like to see far-right Republicans like Rep. Mark Meadows (who chairs the House Freedom Caucus) and Rep. Jim Jordan of Ohio try to discredit Mueller the way Republicans tried to discredit Michael Cohen, Trump’s former personal attorney and “fixer,” when he testified before Congress earlier this year.

“If they allow Meadows and Jordan and a few of the others there, they’ll eviscerate (Mueller) more than they did Michael Cohen,” Giuliani asserted. The former NYC mayor stressed that it would be “emotionally satisfying” if Mueller testified, adding, “In terms of the politics of it, I would love to have him testify. I think he’s afraid to.”

Another Trump loyalist who is hoping to see Mueller testify is Fox News carnival barker Sean Hannity. Stein and Suebsaeng note that after Mueller publicly spoke on Wednesday, May 29, Hannity declared on his show, “If you are wondering whether or not Mueller is open to transparency (and) accountability in this deeply flawed investigation, think again. Oh, Bob Mueller does not want to answer questions (from) Jim Jordan, Mark Meadows, (Rep.) Matt Gaetz and other Republicans.”

Similarly, John Dowd, one of the attorneys who represented Trump during Mueller’s investigation, told the Daily Beast that he’s hoping Republicans in Congress will have a chance to “take him apart” if the former special counsel testifies. Mueller’s final report, Dowd claims, was “one of the most dishonest reports ever rendered, and I think the Republicans could take it apart upon examination.”

Joseph diGenova, an attorney who has served as an informal legal advisor for Trump, told the Daily Beast, “I think it would be really wonderful if Bob Mueller were to testify. I hope he does. I hope he has a respirator with him when he does it.”But former House Speaker Newt Gingrich, another Trump ally, told the Daily Beast that he believes testimony would be a “dead end” for Republicans in Congress and that they would be better off grilling former FBI Director James Comey instead.

“I think Mueller is smart enough that he would not hence be a helpful witness,” Gingrich insisted. “And I don’t think it leads you to anything. Mueller is a door to nowhere because nothing you will learn will matter.”

Of course, some Democrats argue that the Republicans who are saying they would love to see Mueller testify so they could attack him aggressively are using reverse psychology. In other words, they are really afraid of Mueller testifying and are hoping to discourage him from doing so.

Further, not one Democrat in Congress has expressed any concerns about Mueller being unfairly questioned by Republican congressmen — as they would have plenty of questions of their own. And as far as many Democrats are concerned, the sooner Mueller testifies, the better.

John Eastman's 'sorry' excuse for Jan. 6 is like a 'plea bargain': op-ed

“The advice I gave to then-Vice President Pence was that he accede to requests from hundreds of state lawmakers to delay proceedings for a short time so that they could assess the effect of illegalities on the conduct of the election," Eastman wrote, referring to to a conversation during an Oval Office meeting on Jan. 4, 2021 -- a claim that was contradicted by the sworn testimony of Pence’s legal counsel, Greg Jacob, who said that Eastman argued at the meeting that it would, in fact, be “legally viable” for the Pence to reject electors.