Elijah Cummings shames Republicans for shrugging off Trump's lawlessness: 'We don't teach our children to lie!' 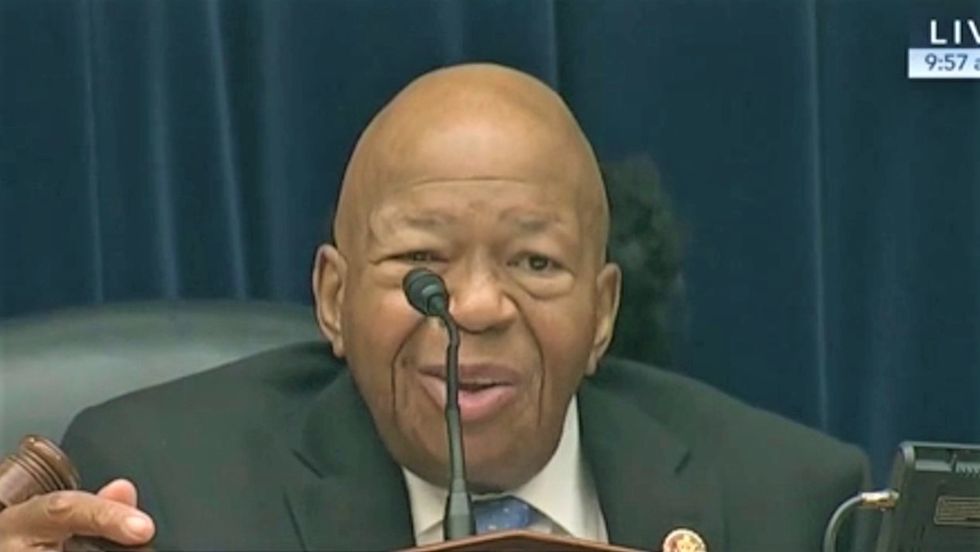 House Oversight Committee Chairman Elijah Cummings (D-MD) on Wednesday delivered a scathing rebuke to Republican lawmakers who are shrugging off the lawlessness of President Donald Trump and his administration.

"It concerns me that we've gotten so far from the basic principles of obedience to the law," he said.

"Will the chairman yield?" asked Rep. Jim Jordan (R-OH), whom Cummings had earlier shut down for interrupting Kerner's testimony.

"No I will not yield!" he shot back. "I mean, we've gotten to a point where it seems like it's normal, it's okay. Well it's not okay! We do not teach our children to lie! We do not teach them to disobey the law!"

Lynda Edwards joined Raw Story in 2022 and reports on social issues, science and religion and how these topics intersect with politics. Prior to joining Raw Story, Lynda covered numerous different beats while working for PBS television's Frontline, The Associated Press, Gannett, the Chattanooga Times Free Press and the ABA Journal — the American Bar Association's monthly magazine). She has also worked as a freelance reporter for The New York Times, Rolling Stone, Washington Monthly and Vogue.

The prizes she's won include a Lisagor Award for Exemplary Reporting, a SABEW prize for deadline reporting, a Fourth Estate Award, and an Association of Alternative Newsweeklies national prize for features. She welcomes story tips and ideas at lynda@rawstory.com.