Ex-GOP Rep. Diane Black: The idea 'everyone is equal' is 'not what this country is founded on' 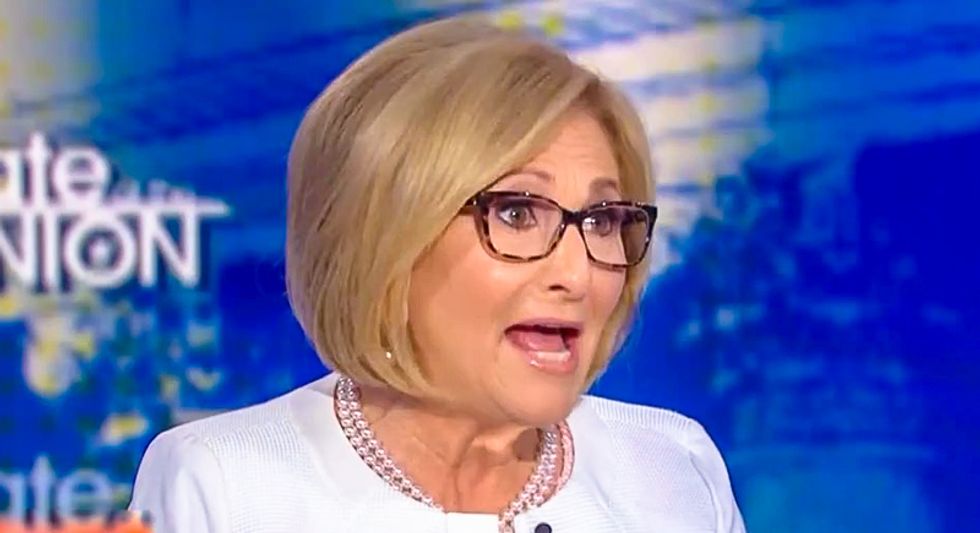 Former Tennessee Rep. Diane Black (R) on Sunday put forward a false choice between embracing "socialism" and having a job that "brings character."

During a panel discussion on CNN, Democratic strategist Andrew Gillum noted that presidential candidate John Hickenlooper (D) had been booed by his own party for repeating Republican "tropes" about socialism.

Black argued that socialism would have deprived her of life lessons that she learned through working.

"You know, younger people, when they hear, 'Well, let's have everybody totally even -- everybody should get their part and you should take from this person and give to that person to make sure everyone is equal,'" Black said. "That is not what this country was founded upon."

"Look, I come from a background where I had to work my way up -- and good, hard work brings character," she added. "So, this whole thing about sharing and making sure everybody has the same thing. It's not what we were founded upon."

According to financial disclosure forms, Black and her husband said in 2013 that they owned between $32 million and $146.9 million in assets.