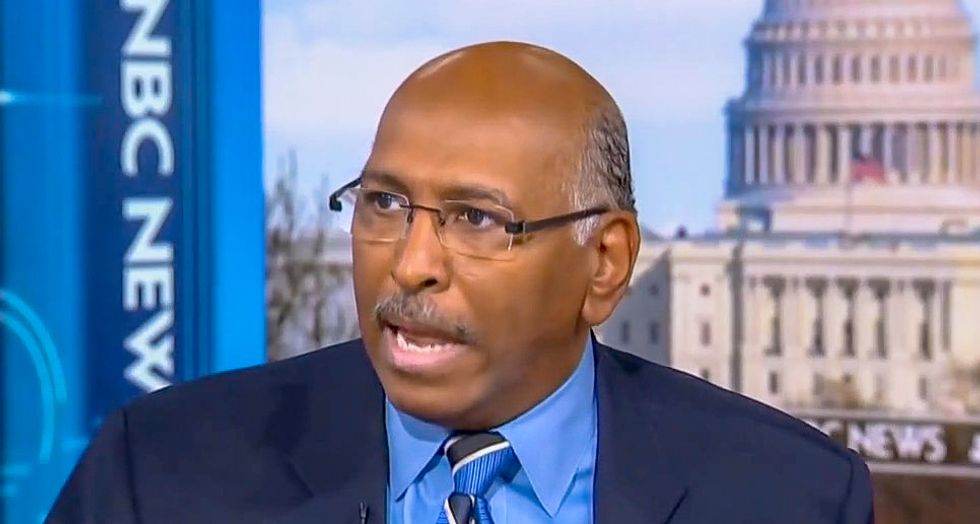 Appearing on MSNBC's "AM Joy," former Republican National Committee head Michael Steele slammed GOP lawmakers who have attempted to use the Bible as a defense for ignoring the needs of the poor and the helpless.

Speaking with host Joy Reid, Steele said that there will be reckoning one day for the Republican Party.

"Michael, this week Donald Trump lied to my colleague who asked him about this [immigration] policy and lied that he inherited the separation policy from President Obama and that he ended it, which is just a blatant flat out lie, right?" host Reid proposed. "You have members of Congress saying the Bible doesn't say we're supposed to care for the poor. I mean, you actually have a sense of moral disconnections in your party that I don't understand, and I need your help."

"Anyone who's quoting a Bible that says they're not supposed to care for the poor, that should tell you everything about them and the Bible that they're reading," Steele began. "It's one about consequences -- there are consequences for actions, consequences for decisions. and right now we have an administration for the last two years beyond this issue, Joy, or many issues you have covered in detail on your show, there are no consequences for them."