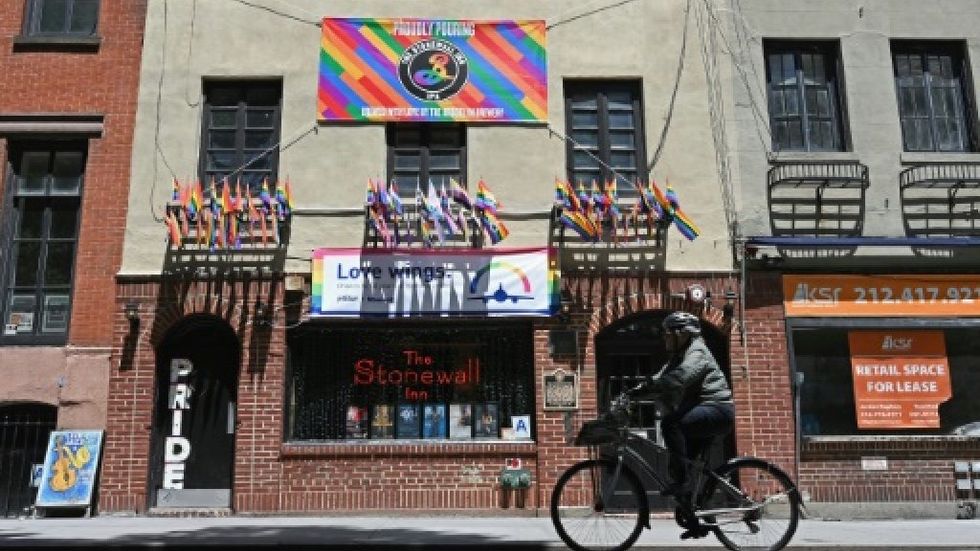 The Stonewall Inn, the site of 1969 riots that launched the gay rights movement, is a National Historic Landmark AFP/File

Fifty years ago, a police raid on the Stonewall Inn in New York sparked riots that fueled the modern LGBT movement. FRANCE 24's Jessica Le Masurier and Céline Bruneau spoke to a veteran of that fateful night.

Martin Boyce was 21 years old in June 1969. The night the riots began he was in Greenwich Village.He heard cries coming from the Stonewall Inn; the police had come to raid the bar frequented by the gay and trans community.

“I came along a paddy wagon here,” Boyce recalls. “At the end of the paddy wagon I noticed a brutal cop pushing a drag queen in to the paddy wagon but she was resisting and she was able to kick him in the shoulder. A very good shot. He went flying and he came back at her like a bull. He dragged her into the truck and you heard flesh, bone against thin metal and moans. And we started slowly walking towards him, stealthily. I could see the hairs on his neck rise. We just kept looking at him and focused on him. But he saw something in our eyes, something in our faces. He was unnerved, unmanned and he broke and ran for the bar door.”

In 1969 gay sex was illegal and the American Psychiatric association considered homosexuality a mental illness.

That night marked a turning point – it sparked six days of protests – the LGBT community united and fought back against oppression. In 2016 Barack Obama declared the site of the uprising a national monument – on a par with the Grand Canyon and the statue of liberty. But the struggle’s not over yet.

On Sunday New Yorkers will fly the rainbow flag as they march for Gay Pride.

Boyce will be there. Head held high. Proud of the part he played in the history of the gay rights movement.