WATCH: Five Guys customer complained employee did not answer the phone -- then punched her four times 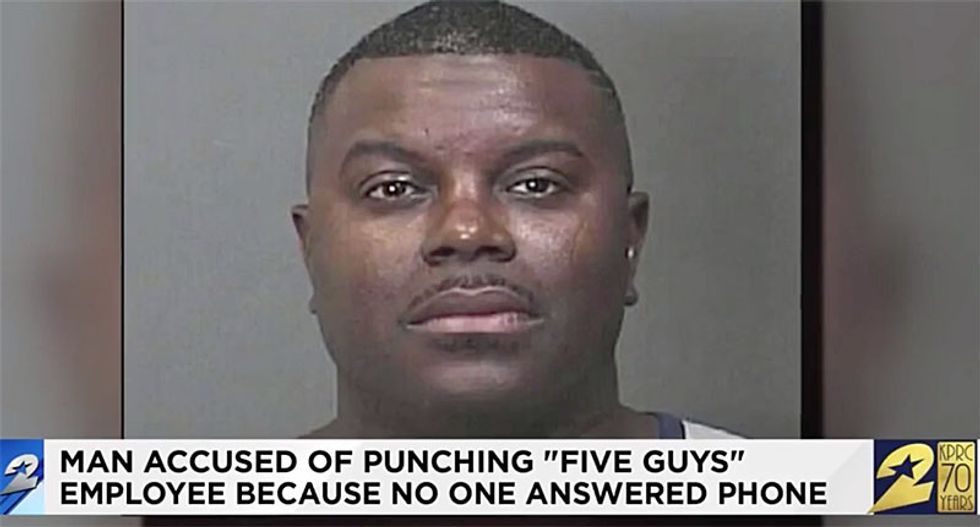 Police in Texas are searching for a man who was caught on video repeatedly punching a manager at a Five Guys Burgers and Fries in Baytown.

An arrest warrant has been issued for Justin Nobles, 39, for assault with bodily injury.

“He came into the restaurant apparently already upset claiming that he had tried to call the restaurant and nobody answered,” Baytown Police Department Lt. Steve Dorris said.

“Got into a verbal altercation with a manager and at some point during that altercation, he just became enraged, jumped over the counter and physically assaulted the manager," he continued.

The manager was hit four times, while another employee attempted to intervene.

“I was kind of shocked, for a restaurant like that, for a customer to come in to be that upset, to jump over a counter and assault somebody, for no real reason," Dorris said.